A 93-year-old former death camp officer known as the bookkeeper of Auschwitz will go on trial in Germany charged with at least 300,000 counts of accessory to murder. 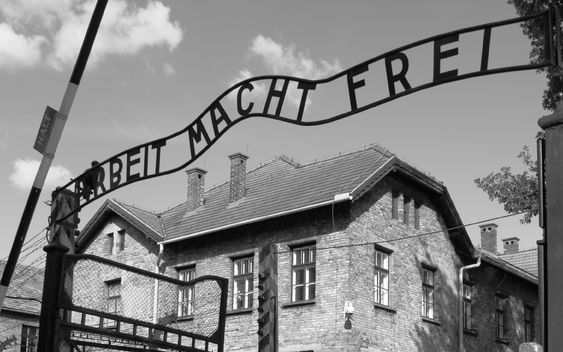 Oskar Groening will face charges over the 425,000 people believed to have been deported to the camp in occupied Poland between May and July 1944, most of who were killed in the gas chambers.

Prosecutors say Mr Groening, as a member of the Nazi Waffen-SS, had the job of counting banknotes gathered from prisoners' luggage and passing them on to the SS authorities in Berlin.

The trial will take place in the north German city of Lueneburg, where 55 survivors and victims' relatives will be plaintiffs in the case, the BBC reported.

Prosecutors in Lueneburg allege that as well as counting money, Groening also hid victims' luggage away from new arrivals, to disguise the victims' fate.

A statement from the prosecutors' office said the former guard was aware that those deemed unfit to work at the camp "were murdered directly after their arrival".

Groening, who began work at Auschwitz aged 21, does not deny witnessing the mass killing at Auschwitz.

"I would like you to believe these atrocities happened - because I was there."

Last week the world commemorated the 70th anniversary of the liberation of Auschwitz by the Soviet Red Army.