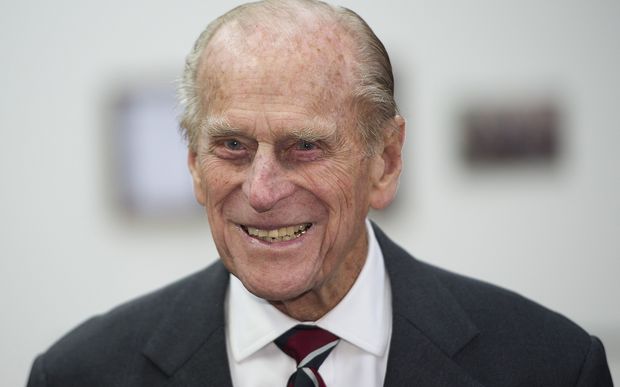 Mr Abbott cited in particular the Duke of Edinburgh's award, which he said had positively influenced the lives of hundreds of thousands of young Australians for more than 50 years.

The knighthood has been criticised by republicans including former Western Australia premier Geoff Gallop who called the decision a "sad reflection" on Australia.

However, Mr Abbott said he stood by the decision to award the knighthood to 93-year-old Prince Philip because "the monarchy has been an important part of Australia's life since 1788".

"I'm just really pleased that in his 90s, towards the end of a life of service and duty, we in this country are able to properly acknowledge what he's done for us."

The other knight named in the Australia Day honours was the former Defence Force chief, Angus Houston.

Mr Abbott said the Queen accepted his recommendations for both knighthoods.

He said that while the Duke had not called to say thank you for the honour, he did not "expect gratitude".

Prince has 'long relationship with Australia'

The head of Australians for Constitutional Monarchy, Professor David Flint, said the knighthood was an appropriate recognition for Prince Philip's "long relationship with Australia".

"He was a sailor in the convoys that protected Australian troops being taken to the Middle East in the Second World War," Professor Flint said.

"He was also in the Pacific Fleet and he was actually in Tokyo Bay at the time the Japanese surrendered.

"He opened the '56 Olympics, he's got a very long relationship through the Duke of Edinburgh Awards scheme."

"As we try to reflect upon our nation ... one of Australia's highest honours goes to someone who's not part of our community," he said.

"In effect this is the eccentricity of Tony Abbott's views on our constitution coming through. It certainly doesn't reflect the view of the Australian people through a meritocratic process."

Famed for his off-the-cuff quips and gaffes, Prince Philip, who married Queen Elizabeth in 1947, is the longest serving royal consort in British history.

The Queen once described him as "my strength and stay all these years".

But the duke, a constant presence by his wife's side throughout her six decades on the throne, has suffered a series of health scares in recent years.