The president of Yemen has resigned - along with his prime minister - in protest at the takeover of the capital Sana'a by Shia Houthi rebels, creating a dangerous political vacuum. 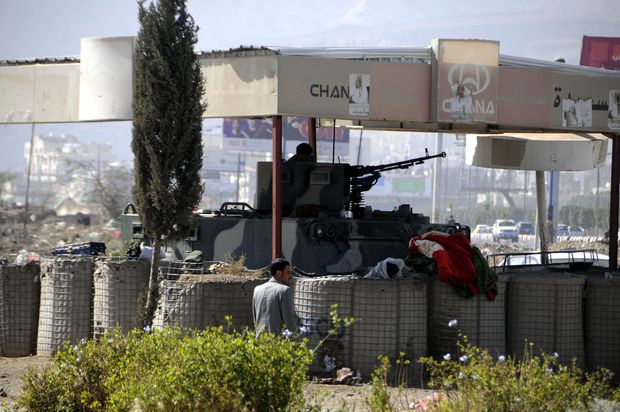 An armoured tank is seen at Sebin Square in Sana'a on 22 January. Photo: AFP

President Abdrabbuh Mansour Hadi said he could not continue after the Houthis failed to honour a peace deal, the BBC reported.

Parliament has reportedly refused to accept the resignations.

There are reports of explosions in the southern port city of Aden, where President Hadi has a strong following.

Houthi rebel figures publicly welcomed the resignation of the president with one proposing the creation of a ruling council.

Houthi leaders had previously committed themselves to withdrawing from key positions around the presidential palace and the home of President Hadi.

The US, which is helping fight al-Qaeda militants in Yemen, said it was still assessing the implications of President Hadi's move.