Prince Andrew has spoken out to "reiterate and reaffirm" Buckingham Palace statements rebutting allegations he had sex with an underage teenager. 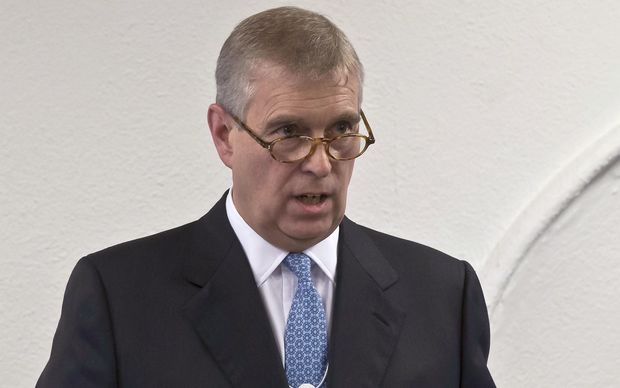 The Duke of York denied claims by a US woman that she was forced to have sex with him when she was 17 and said he wanted to focus on his work.

In his first public appearance since the claims were made, Prince Andrew said he wanted to "reiterate" the denials issued by Buckingham Palace.

He was speaking at a World Economic Forum reception in Davos, Switzerland.

Virginia Roberts' lawyers had repeated the claims in new documents given to a court in Florida.

Ms Roberts, who was referred to in the case as Jane Doe #3, alleged she was forced by financier Jeffrey Epstein, a convicted sex offender, to have sex with Prince Andrew when she was 17.

Buckingham Palace has previously said the claims against Prince Andrew were "categorically untrue" and lack "any foundation".

'Desperate to move on'

Prince Andrew said: "Firstly I think I must, and want, for the record, to refer to events that have taken place in the last few weeks.

"I just wish to reiterate and to reaffirm the statements that have already been made on my behalf by Buckingham Palace.

"My focus is on my work and this evening's reception allows me to tell you about just a couple of the initiatives that I have founded and am passionate about."

The new documents, filed in Florida, marked the first time Ms Roberts had given a statement about the allegations in her own words.

Her lawyers said they had sent Prince Andrew a letter asking him to respond under oath to the allegations.

They said the letter was sent back to them as having been refused by the recipient.

The allegations against the prince emerged in evidence submitted to a US court in a case involving Epstein, who spent time in jail in 2008-2009 for a sex offence with a minor.

Prince Andrew, 54 and fifth in line to the throne, stepped down as UK trade envoy in July 2011 following controversy over his then friendship with Epstein.

The prince was not facing any legal proceedings over the claims made in the US case.

New Zealand Prime Minister John Key, who was one of the guests at Davos, said Prince Andrew was well respected in this country, and New Zealanders treated people as innocent until they are proven guilty.