Scientists believe the Hunga Ha'apai volcano in Tonga could be starting to quieten down. 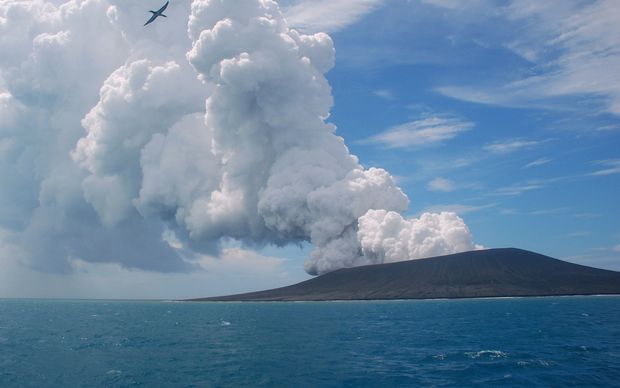 Steam and gas rise from the Hunga Ha'apai volcano in Tonga. Photo: AFP

The volcano has continuously erupted since December - causing flight disruption, and creating its own Island.

The GNS vulcanologist Nico Fournier was on board a Tongan navy boat which got close to the volcano over the weekend, and he said most of the ash was close to the Island, and the plumes were mainly steam.

He said that indicated it was getting quieter - and while there may be some renewal of activity it was looking pretty promising.

Nico Fournier said it was likely the island which is forming would disappear shortly after the eruption finally ended.