Scientists have identified what they believe are the two "most similar" planets to Earth yet discovered. 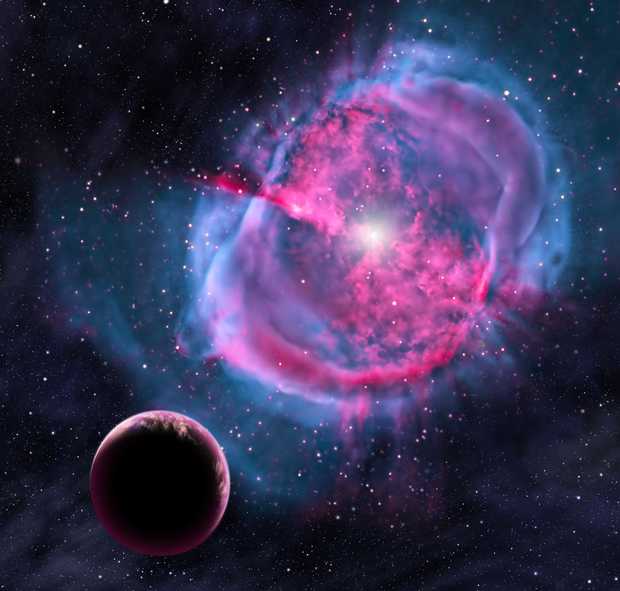 An artist’s conception of an Earth-like planet orbiting an evolved star that has formed a stunning "planetary nebula". This planet may have been like one of the eight newly discovered worlds orbiting in the habitable zones of their stars. Photo: David A. Aguilar / Harvard-Smithsonian Center for Astrophysics

David Kipping, one of the authors of the research, said they didn't "know for sure whether any of the planets in our sample are truly habitable…all we can say is that they're promising candidates".

His group's findings, the result of work by the Harvard-Smithsonian Center for Astrophysics, were announced yesterday at a meeting of the American Astronomical Society.

The two planets, Kepler-438b and Kepler-442b, were among eight new worlds scientists said they had found in the "Goldilocks" zone of their stars.

This meant they were orbiting at distance where water could exist on a planet's surface.

"Most of these planets have a good chance of being rocky, like Earth," the research's lead author Guillermo Torres said.

Kepler-438b and Kepler-442b were paired with red dwarf stars that were smaller and cooler than our sun, circling these in 35 and 112 days respectively, according to the research.

Previous to their discovery the two most Earth-like planets were Kepler-186f (1.1 times the size of Earth) and Kepler-62f (1.4 times the size).

The scientists emphasised any further revelations about the new planets would be difficult to make as Kepler-438b was located 470 light-years from Earth and Kepler-442b 1100 light-years.