Scientists are speculating that a "megaflare" from a supermassive black hole at the centre of our galaxy, the Milky Way, may be the result of an asteroid being torn apart by the intense gravity.

Nasa confirmed in a statement released overnight that astronomers had witnessed the largest X-ray flare yet detected from the black hole, named Sagittarius A*, in late 2013 before spotting another huge event in October last year.

It has taken until now for them to properly analyse the data. 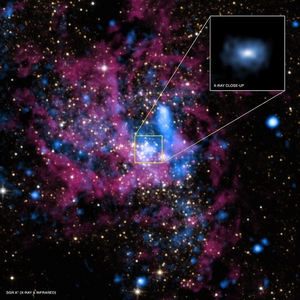 Sagittarius A* is the black hole at the center of the Milky Way galaxy. Photo: NASA

The flares, captured by Nasa's Chandra X-ray Observatory, were 400 and 200 times brighter, respectively, than the norm.

The black hole is estimated to contain 4.5 million times the mass of our sun.

The biggest outburst was a chance discovery, as they were observing the black hole for another phenomenon at the time.

Researchers, who have just presented their findings at a conference in the US, said they had two main theories about what caused the megaflare.

The first featured an asteroid venturing too close to the supermassive black hole and being ripped apart by gravity.

"It would go around the black hole for a couple of hours - like water circling an open drain - before falling in," said Fred Baganoff, a co-author of the research.

"That's just how long we saw the brightest X-ray flare last, so that is an intriguing clue for us to consider." 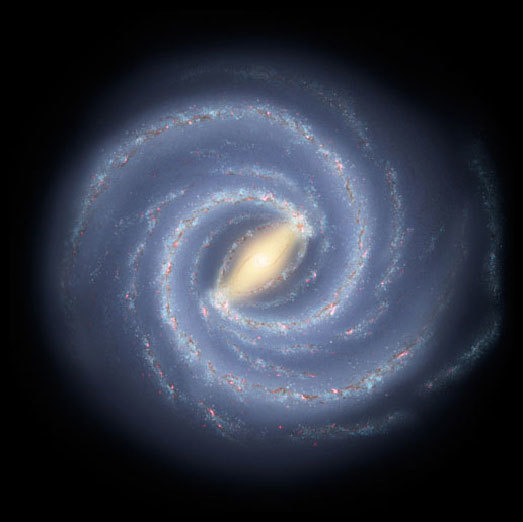 The second theory was that the magnetic field lines within the gas flowing towards the black hole "could be tightly packed and become tangled".

These field lines may occasionally reconfigure themselves and produce a bright outburst of X-rays, Nasa explained. Such events happened on the sun.

"The bottom line is the jury is still out on what's causing these giant flares," said Gabriele Ponti, another co-author.

Ponti said that such events allowed scientists a unique chance to understand "the physics of one of the most bizarre objects in our galaxy".

An artist's drawing of a black hole named Cygnus X-1. It formed when a large star caved in. This black hole pulls matter from the blue star beside it. Photo: NASA