Israel has halted the transfer of tax revenues to the Palestinians following their bid to join the International Criminal Court (ICC), Israeli officials say. 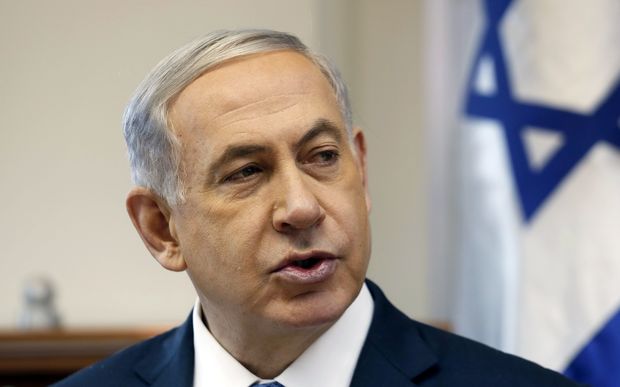 They said $US127 million collected on behalf of the Palestinian Authority (PA) last month would be held back, the BBC reported.

The Palestinians submitted documents to join the ICC on Friday in a move opposed by both Israel and the US.

Israel collects taxes on behalf of the Palestinians, and transfers about $US100 million per month, accounting for two-thirds of the authority's budget.

It is not the first time Israel has frozen the monthly transfers. It imposed a similar sanction in April 2014 after PA President Mahmoud Abbas applied to join a series of international treaties and conventions.

An unnamed Israeli official who announced the new freeze said Israel would defend itself against any Palestinian claims in the "international arena".

He told Haaretz that "when it comes to war crimes, we have quite a bit of ammunition".

Earlier this week Israeli PM Benjamin Netanyahu said: "It is the Palestinian Authority - which is in a unity government with Hamas, an avowed terrorist organisation that, like ISIS [Islamic State], perpetrates war crimes - that needs to be concerned about the [ICC]."

Under the terms of the statute, it will take about 60 days for the Palestinians to join the ICC after they file the documents.

Neither Israel nor the US is a member of the ICC.

The Palestinians' chances of joining were improved in 2012 after the UN General Assembly voted to upgrade their status to that of a "non-member observer state".

Based in The Hague, the ICC can prosecute individuals accused of genocide, crimes against humanity and war crimes committed since 1 July 2002, when the Rome Statute came into force.