Search teams looking for the sunken wreck of AirAsia QZ8501 are struggling to resume full-scale operations after a small window of fine weather today closed. 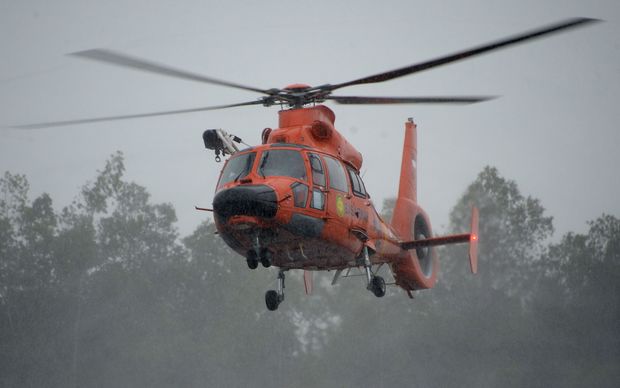 An Indonesian helicopter carrying a victim and recovered items from AirAsia QZ8501 prepares to land on 1 January 2015. Photo: AFP

The plane was carrying 162 people when it crashed on Sunday during a flight from Surabaya in Indonesia to Singapore.

Seven bodies and some debris have so far been recovered from waters near the suspected crash site.

A search and rescue official said deteriorating weather conditions would limit air searches for the plane's fuselage but sea searching would continue.

A team of 47 Indonesian Navy divers is on standby to go down to a large, dark object detected by sonar on the ocean floor.

If it is the AirAsia plane, the divers will try to retrieve its black boxes.

Earlier today in Surabaya, hundreds of residents and relatives of those on board the flight lit candles and observed a minute's silence for the victims, the BBC reported.

There were 137 adult passengers, 17 children and one infant, along with two pilots and five crew, on the plane.

Most of those on board were Indonesian.