Rescuers had scoured the sea for an AirAsia plane carrying 162 people which went missing in bad weather Sunday en route from Indonesia to Singapore, the third crisis for a Malaysian carrier this year. 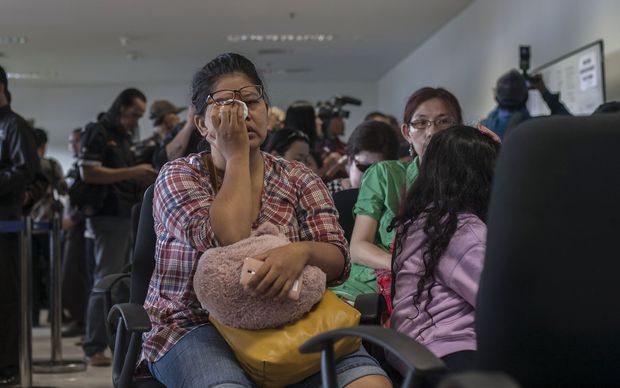 Air traffic controllers lost contact with the Airbus A320-200 around an hour after it left Juanda international airport at Surabaya in east Java, at 5:20am.

It was scheduled to arrive in Singapore at 8:30am.

Shortly before disappearing, the plane asked permission from Jakarta air traffic control to track away from its flight plan and climb above bad weather in an area noted for severe thunderstorms.

The pilots requested "deviation due to enroute weather before communication with the aircraft was lost while it was still under the control of the Indonesian Air Traffic Control (ATC)", AirAsia said in a statement on its Facebook page.

The airline said 156 of those on board Flight QZ8501 were Indonesians, with three South Koreans and one person each from Singapore, Malaysia and France.

There were 138 adult passengers, 16 children and an infant, in addition to five cabin crew and the pilot and co-pilot, who is believed to be French.

The Indonesian air force said two of its planes had been dispatched to scour an area of the Java Sea, southwest of Pangkalan Bun in Kalimantan province - around halfway along the flight's expected route.

"The weather is cloudy and the area is surrounded by sea. We are still on our way so we won't make an assumption on what happened to the plane," said air force spokesman Hadi Cahyanto.

The aircraft was operated by AirAsia Indonesia, a unit of Malaysian-based AirAsia which dominates Southeast Asia's booming low-cost airline market.

There is an unconfirmed report of a plane crashing into the sea between Java and Kalimantan.

In Surabaya hundreds of Indonesians descended on the terminal, hoping for news of the missing jet.

A 45-year-old woman told AFP that she had six family members on the plane.

"They were going to Singapore for a holiday," she said.

"They have always flown with AirAsia and there was no problem. I am shocked to hear the news, and I am very worried that the plane might have crashed."

Jet had regular maintenance on 16 November

But the air industry has been blighted by poor safety standards in an area that also experiences extreme weather. 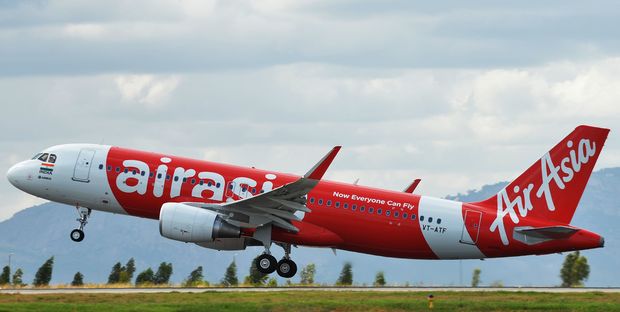 The company swiftly replaced its distinctive bright red logo to a grey background on its social media pages.

An official from Indonesia's transport ministry said the pilot asked to ascend 6000 feet to 38,000 feet to avoid heavy clouds.

"The plane is in good condition but the weather is not so good," Djoko Murjatmodjo told a press conference at Jakarta's airport, addressing reports of severe storms in the area where the jet went missing.

Climbing to dodge large rain clouds is a standard procedure for aircraft in these conditions.

"There is nothing wrong to do that. What happens after that is a question mark," according to Indonesian-based aviation analyst Dudi Sudibyo.

Singapore, Malaysia and Australia quickly offered to help the hunt for the plane. The White House said US President Barack Obama had been briefed on the disappearance and it was monitoring the situation.

The plane's disappearance comes at the end of a disastrous year for Malaysian aviation. 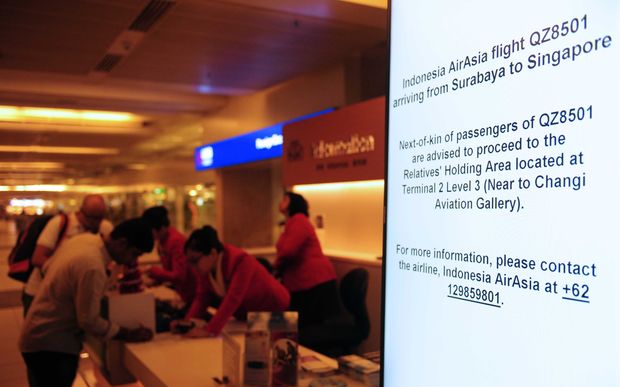 Malaysia Airlines Flight MH370, carrying 239 people, vanished in March after inexplicably diverting from its Kuala Lumpur-Beijing course. No trace of the aircraft has been found.

Another Malaysia Airlines plane went down in July in rebellion-torn eastern Ukraine, killing all 298 aboard. It was believed to have been hit by a surface-to-air missile.

AirAsia's flamboyant boss Tony Fernandes, a former record industry executive who acquired the then-failing airline in 2001, tweeted: "Thank you for all your thoughts and prayers. We must stay strong."