A 37-year-old mother is charged with the murder of seven of her children and her niece after their bodies were found at a home in Cairns, in far north Queensland, on Friday. 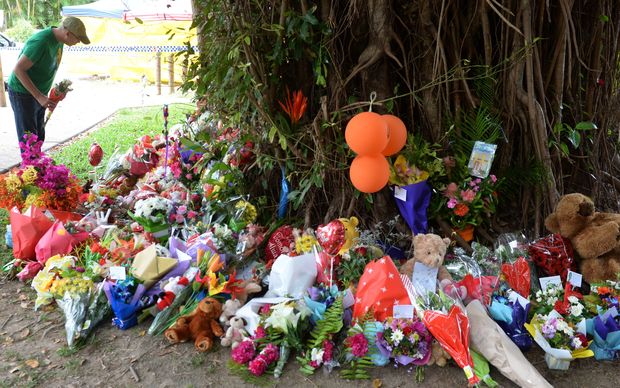 A mourner lays flowers at the scene where the children found dead. Photo: AFP

The four girls and four boys aged between two and 14 were discovered at a home on Murray Street in the Cairns suburb of Manoora.

It is understood they had all been stabbed to death.

Mersane Warria, who is the mother of seven of the deceased children and aunt of the eighth, has been charged with eight counts of murder.

The ABC reports she appeared before a magistrate in a bedside hearing at the Cairns Hospital this morning.

Mersane Warria was remanded in police custody and currently remains in hospital where she is being treated for self-inflicted stab wounds.

Police have said they would not name the children for cultural reasons.

Post-mortems were being carried out to determine the exact cause of death of each of the children. 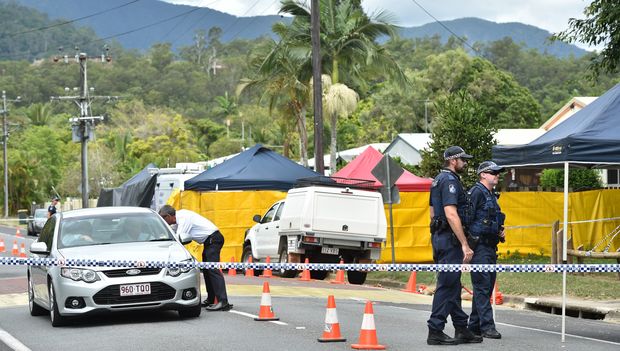 Police cordoning off the scene where the eight children were found. Photo: AFP

Emergency services called to the home on Murray Street in Manoora on Friday discovered the bodies of four girls and four boys aged between two and 14. 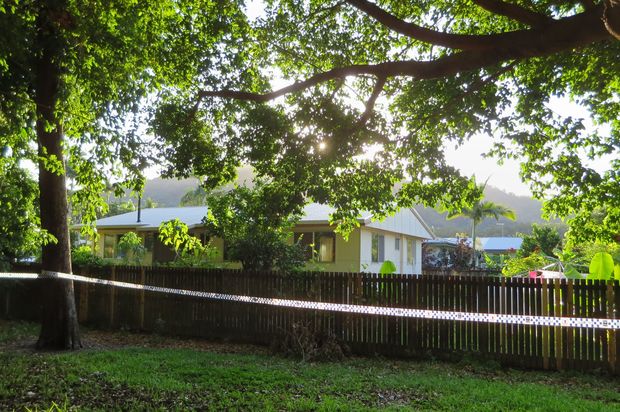 The house in Murray Street, Manoora - a suburb in Cairns - where the children were found dead. Photo: AFP 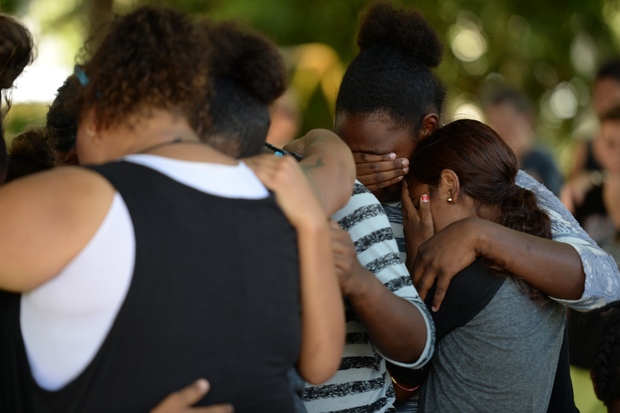 People comfort each other at the scene where the eight children were found. Photo: AFP

A large group of men and women, many sobbing and wailing, walked down Murray Street toward the makeshift shrine created by local residents.

ABC reporter Allyson Horn said the family members placed flowers at the memorial and consoled each other.

"Some of them were having to be carried because they were so overcome with grief, they couldn't walk," she said.

"We saw several people, including one man who was the father of some of these children, break down uncontrollably in tears and sit in front of this floral tribute that has been set up in the park next to where this tragedy happened."

The families of the eight children are in the far north Queensland city to begin a traditional mourning period ahead of their funerals.

The five fathers of the children are among those grieving after police confirmed yesterday afternoon they had been notified of the deaths.

A large team of detectives returned today to the scene of one of the worst murder cases in Australia.