Australian Prime Minister Tony Abbott has ordered a sweeping investigation into the deadly hostage crisis in Sydney after tough new security laws and the courts failed to stop a gunman from taking 17 people hostage. 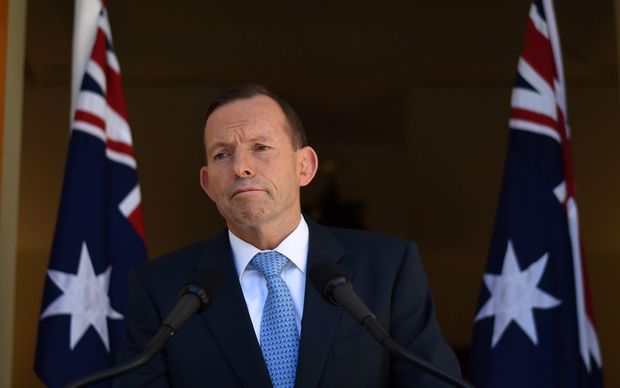 Iranian-born Man Haron Monis and two hostages Katrina Dawson, 38, a barrister and mother-of-three, and cafe manager Tori Johnson, 34, were shot dead yesterday morning, when police stormed the Sydney cafe where he had been holding captives for 16 hours.

Mr Abbott said today there would be a joint inquiry by his officials and state officials into the siege at the Lindt Cafe in Martin Place in the central business district. Fifteen other hostages survived the ordeal.

Monis was a self-styled cleric who had been granted political asylum in Australia in 2001. Iran says it requested his extradition 14 years ago, but Australia refused to hand him over.

Tony Abbott has previously admitted that the national security system failed to keep track of the 50-year-old, who was well known to police and security agencies and had a violent criminal history, but had been free on bail.

Mr Abbott said despite tough new security laws passed in October, Monis was not on any security watchlist and had legally obtained a shotgun.

"These are questions that are begging to be asked and which are requiring answers. I guess we can be pleased that he didn't have a more potent weapon at his disposal. But why did he have a gun licence in the first place? That's the relevant question here."

Meanwhile, one of the first hostages to escape,John O'Brien, has spoken about the ordeal. The 83-year-old offered his condolences to the families of those who died.

"I have never felt such a relief as I did when I turned that corner and saw the armed police waiting for me," he said today. 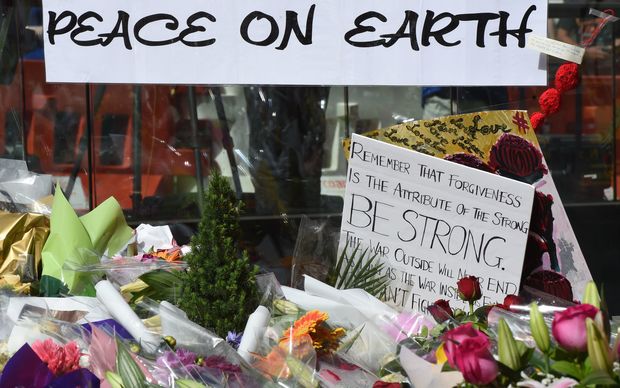 A memorial with flowers and other mementoes continues to grow in Martin Place near the cafe. Photo: AAP

Police were likely to finish investigating the scene of the siege later this evening, Radio New Zealand reporter Kate Newton said from the scene.

New South Wales Assistant Police Commissioner Michael Fuller said the crime scene was complex, but officers hoped to end their examination tonight. The cordon would then be lifted and the cafe handed back to its owners.

Mr Fuller said he could see the fear in people's eyes after the siege. In response, hundreds of extra officers would patrol Sydney's streets until the new year in an effort to reassure the public they are safe.

Police have not had any information to date that would suggest an attack similar to Monday's was likely, he said.

The head of Iran's police, Ismail Ahmadi Moghaddam, has told reporters Man Haron Monis was wanted for fraud when he was manager of a travel agency.

General Moghaddam said Monis was known in Iran as "Manteqi" and fled to Australia via Malaysia in the late 1990s.

"In 1996, he was the manager of a travel agency and committed fraud," the general told reporters. "He then fled to Malaysia and from there, to Australia under a fake name."

He added that "since we did not have an agreement on the extradition of criminals with Australia, the Australian police refused to extradite him".

His former lawyer in Australia, Manny Conditsis, yesterday told Radio New Zealand's Nine to Noon programme Monis fled Iran because he was an outspoken critic of the government.

Monis applied for political asylum to obtain refugee status in Australia, General Moghaddam said, describing the incident as "a play".

The Australian government has also announced it is investigating why Monis was released on bail on separate charges.

Monis was on bail facing charges of being an accessory to the murder of his ex-wife, when he stormed the central Sydney cafe on Monday and held 17 people hostage.

He had been granted bail in December 2013 after a three-hour application hearing.

New South Wales Attorney-General Brad Hazzard said asking state agencies and federal agencies are being asked to look very closely at "how this offender slipped through the cracks".

Mr Hazzard suggested there could be further legislative changes surrounding bail in the state, saying "all options" were on the table.

Monis was not on a watchlist - but even if he was, Prime Minister Tony Abbott said it was likely that such a crime may not have been prevented.

"Because the level of control that would be necessary to prevent people from going about their daily life, would be very, very high indeed," he said.

Monis had previous convictions for sending offensive letters to the families of Australian soldiers who died in Afghanistan, and this year was charged with more than 40 offences relating to the indecent and sexual assault of several women in 2002.