Power was cut to more than 10,000 homes in Sydney's west on Sunday after a another severe thunderstorm hit the city.

The State Emergency Service (SES) was dealing with almost 400 calls state wide, while Fire and Rescue New South Wales was responding to almost 90 jobs on top of that in the Sydney Metropolitan area. 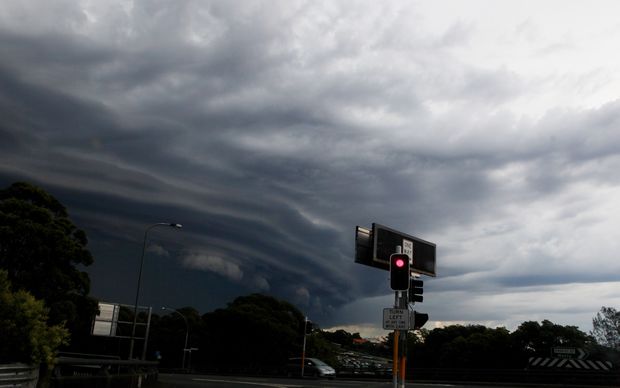 Earlier on Sunday, a warning was issued for damaging winds and large hail stones for much of the state and the SES responded to nearly 90 calls for assistance earlier in the day.

This was the eighth straight day of thunderstorms across the state, which led to flooding and two helicopter rescues on the far south coast.

SES and NSW Rural Fire Service crews will remain mobilised for at least three more days as the pattern of hot and humid weather followed by thunderstorms continued, and they warned that evacuations may be necessary in some low-lying areas.

SES incident controller Ashley Sullivan said conditions on Sunday had not been as bad as expected, but warned NSW residents to remain vigilant in the coming days.