Half a dozen people have so far been reported dead as the storm sweeps through eastern and central provinces of the Philippines. 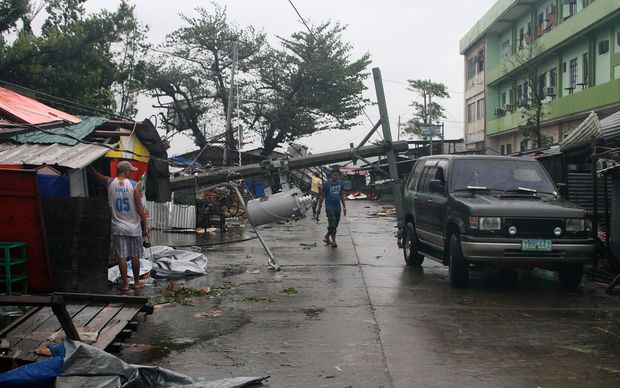 About a million people have fled their homes for shelter. The storm has killed at least six people, officials said.

Correspondents said the storm was nowhere near as powerful as typhoon Haiyan, which killed thousands of people last year, the BBC reported.

In Tacloban, badly hit by Typhoon Haiyan, roofs have been blown away by Hagupit and streets are flooded. 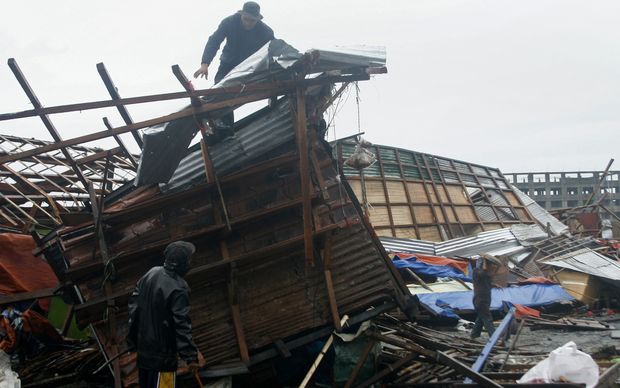 A man is seen on top of his damaged house in Tacloban, central Philippines. Photo: AFP

The BBC's Jonathan Head in Legazpi, about 200km north of Tacloban, said Hagupit was clearly a powerful storm but nowhere near as powerful as Haiyan.

Authorities said they were well prepared this time, he added, but it could be some time before the extent of damage in more remote areas became clear.

Correspondents said the Philippines had undergone its largest peacetime evacuation in history.

Officials said at least three people had been killed by Hagupit. One person was killed by a falling tree in the eastern town of Dolores.

Another two people in the central province of Iloilo reportedly died from hypothermia.

"The devastation in homes is huge because of the strong winds," Philippine Interior Secretary Manuel Roxas told local radio DzBB.

"Many people voluntarily returned to evacuate centres tonight... because they do not have homes anymore." 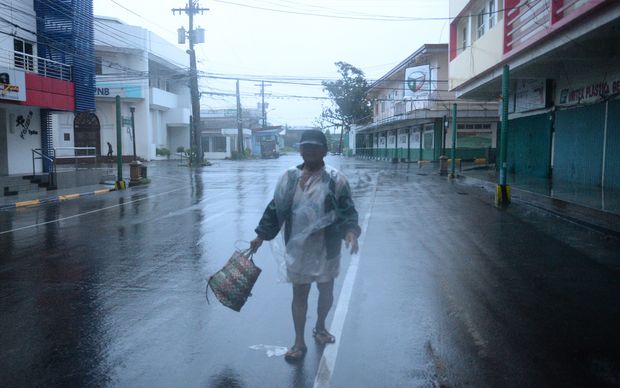 A resident braves strong wind and rain as he heads to the market, hours before Typhoon Hagupit passes. Photo: AFP

The government warned residents in low-lying and mountainous areas to be alert to possible flash floods and landslides, while those on the coast were warned of the risk of big waves associated with storm surges.

Soldiers had been deployed to major roads along the typhoon's path, to clear debris from roads and prevent looting.

Joey Salceda, governor of Albay province where Legazpi is situated, told the BBC that the main lesson from Typhoon Haiyan had been to prepare well and to evacuate people from vulnerable areas.

"It doesn't happen overnight so you need to train people. I feel confident we can achieve our zero casualty goal," he said.

Save the Children marketing director for the Philippines Michael McTernan, who is a New Zealander based in Manilla, said the typhoon had generated an immense amount of rain as it slowed down.

"We are expecting flooding, we're expecting landslides and it is coming to Manilla as well and there is probably going to be some significant flooding in the Manilla area, it is just meandering across the country and just dumping buckets of water wherever it goes," he said.

Mr McTernan said he had seen the damage the last year's super typhoon Haiyan caused and the area was already in a fragile state with many people living in makeshift housing or shacks.

He said the agency had emergency supplies pre-positioned in areas at most risk.

"We area all very concerned here because a lot of people don't have houses or the houses are not very secure places to be living so we are hoping for the best but preparing for the worst." 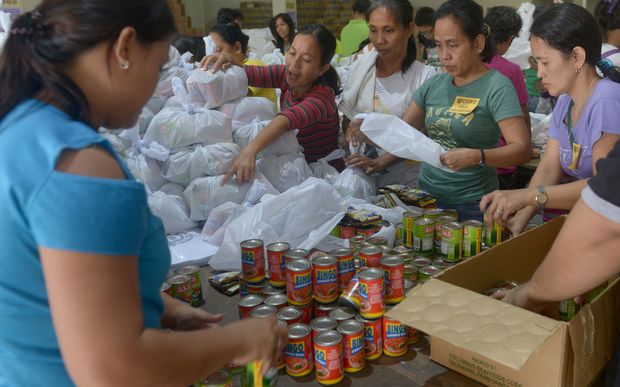 Volunteers repack relief goods for victims of Typhoon Hagupit at the Department of Social Welfare and Development (DSWD) in Manila. Photo: AFP

"We have a good president whose done some very good done things for the country and the economy has been picking up in the last four or five years but each time you have the super typhoons that come in, it just sets back the country."

Mr Quirino, who still has family living in the Philippines, said he was stunned when he heard another typhoon had hit the country so soon after Typhoon Haiyan.

"I have experienced a few of them and I know what it is like. It is just horrendous and the aftermath is even worse because the utilities are gone, everything is practically destroyed, and you have to start all over again."

He said he was worried super typhoon's would become a yearly event in the Philippines. 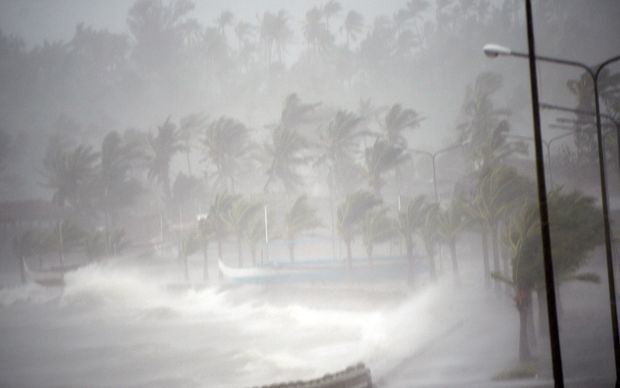 Strong winds and rain pound the seawall hours before Typhoon Hagupit passes near the city of Legazpi. Photo: AFP