US authorities have promised an "exhaustive and fair" investigation into a New York police officer who killed a man with a chokehold.

Demonstrations have erupted in New York and other cities for a second day after a grand jury decided not to charge the officer. 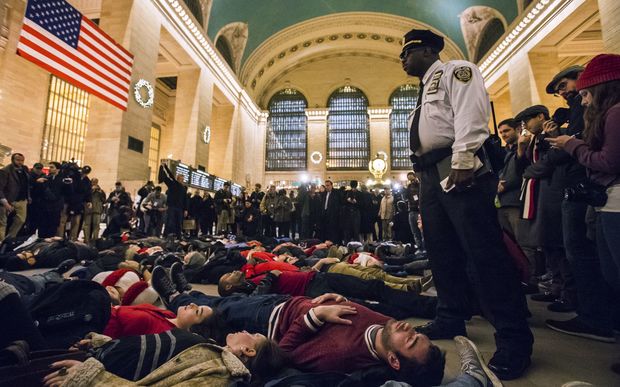 The 43-year-old father of six was stopped on a Staten Island street on 17 July on suspicion of selling untaxed cigarettes.

After a confrontation with police he was wrestled to the ground and restrained by force. He became unresponsive and later died.

US Attorney General Eric Holder announced the justice department would launch an investigation into potential civil rights violations in the case.

Mr Holder pledged the investigation would be exhaustive, fair and conducted as quickly as possible. If appropriate,"we will bring charges," he said.

The department would conduct a "complete review" of material gathered in the local investigation. "All lives must be valued - all lives," he added. 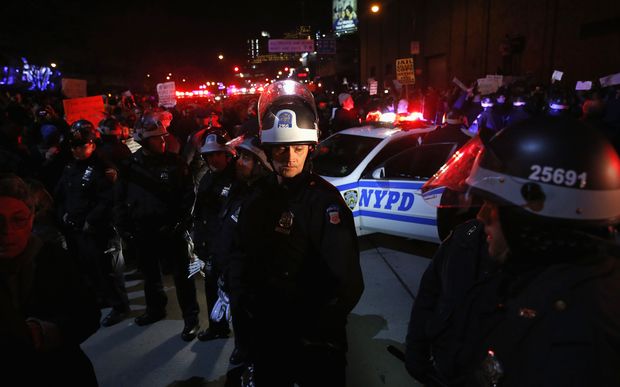 Protesters have vowed a new round of demonstrations in New York after the grand jury'sdecision against charging the officer. Thousands have demonstrated in New York, Washington, Chicago and Oakland and activists have called for a march in Washington next week.

Hundreds swarmed into the streets of Manhattan, many chanting "I can't breathe" - the same phrase Eric Garner repeatedly gasped in a video of the incident before his death - and "black lives matter."

Many people are questioning the inequities of a criminal justice system that appears to discriminate against black people, the BBC reprorts.

The officer who restrained Mr Garner, Daniel Pantaleo said it was never his intention to harm anyone and he felt very bad about the incident.

Mr Garner's wife, Esaw Garner, rejected the condolences. "The time to apologise or have any remorse ... would have been when my husband was screaming he couldn't breathe," she told US media.

However his mother Gwen Carr said she was pleased that protests had been peaceful and hoped the investigation into his death would be productive.

The US saw a wave of race-related unrest only last week over the decision not to indict another white police officer who had shot dead a young black man in Ferguson, Missouri. 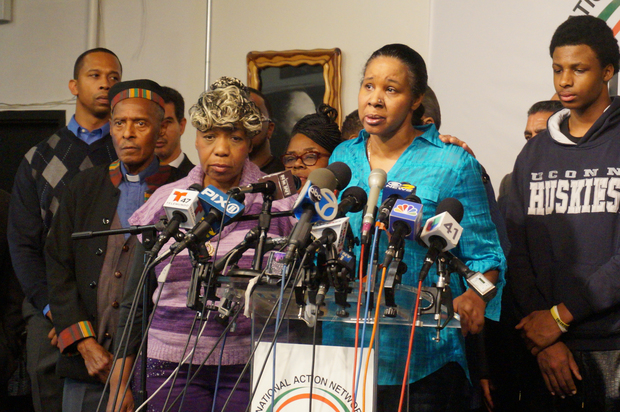