A single photograph helped an Australian researcher stumble across what's thought to be the earliest known engraving by a human ancestor. 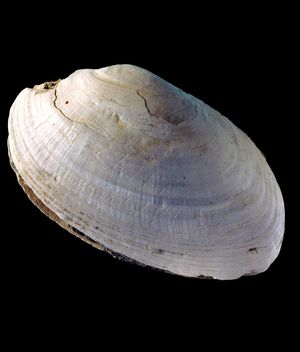 The simple zig-zag pattern, found on a fossilised shell from the Indonesian island of Java, has been dated to at least 430,000 years.

The find, reported in the journal Nature on Thursday, pre-dates by some 300,000 years other markings, made by modern humans or Neanderthals, previously thought the oldest.

The age and location of the shell suggests the pattern was carved by an even earlier human ancestor known as Homo erectus.

It suggests Homo erectus had considerable manual dexterity and possibly greater cognitive abilities, and raises the prospect that they might have been more "human" than previously thought.

"That's something people will argue about," Dr Munro said.

Yet the ancient find would have been impossible without the very modern technology of digital photography.

The shells, first discovered by celebrated Dutch scientist Eugene Dubois a century ago, have been packed away in boxes for years.

On a Dutch public holiday in May 2007, Dr Munro seized the opportunity to photograph every one. It took him all day.

When he returned to Australia and flicked through the photos, one in particular stood out.

An engraving, all but invisible to the naked eye, was quite clear.

"It was a eureka moment," he said. "I could see immediately that they were man-made engravings. There was no other explanation."

Dr Munro then worked with international colleagues to accurately date the shell, and to check that the engraving wasn't a more recent addition.

They found that the engraving was indeed made before fossilisation occurred, probably between 430,000 and 540,000 years ago.

It's unclear whether the pattern was intended as art or served some other purpose. 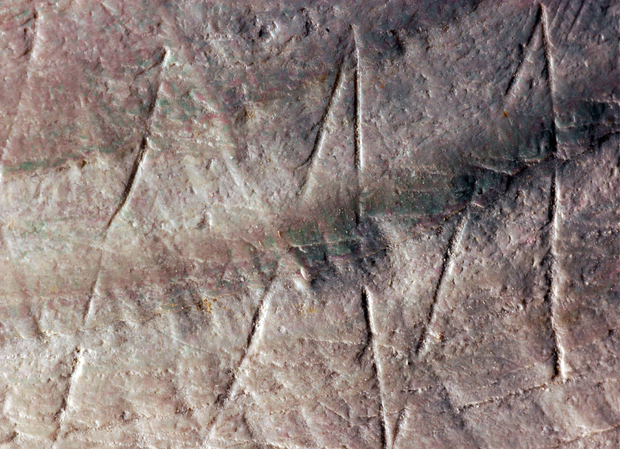