British scientists analysing 500-year-old bones found under a car park say it is now beyond almost any doubt that the remains are of King Richard III.

Studies also suggest he had blue eyes and blond hair as a boy.

The remains of Richard, the last English monarch to die in battle, were found by archaeologists under a municipal car park in the central English city of Leicester in 2012 and subsequently identified by experts from the university.

In a research paper published in September, the scientists were able to give blow-by-blow details of the King's death at the Battle of Bosworth more than 500 years ago, revealing he was very probably killed by a blow to his bare head. 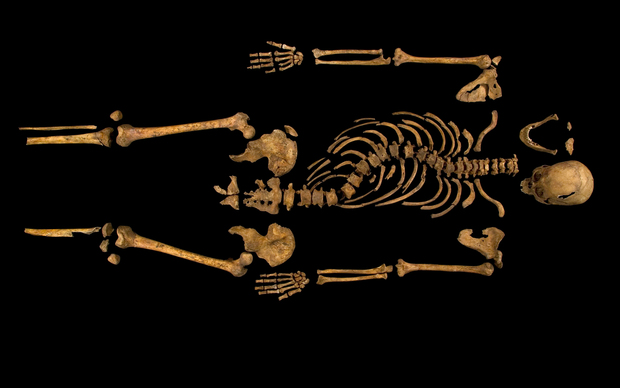 They found that while the Y-chromosomal markers differ, the mitochondrial genome shows a genetic match between the skeleton and the maternal line relatives.

The team also used genetic markers to determine Richard's hair and eye colour and found he was probably blond, especially as a child, and almost certainly had blue eyes. 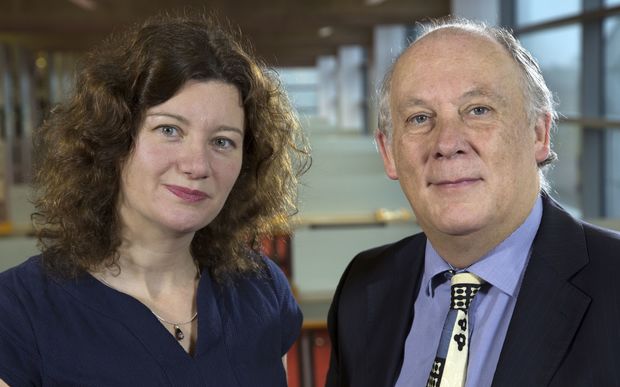 Dr King said her team were now 99.999 percent sure the remains were Richard and a 500-year-old "missing person's case" could finally be closed.

"Our paper covers all the genetic and genealogical analysis ..and is the first to draw together all the strands of evidence," she said. "Even with our highly conservative analysis, the evidence is overwhelming that these are indeed the remains of King Richard III, " she said.

But there was no match through the male line of the family, descended from John of Gaunt, the brother of Richard III's great-grandfather. 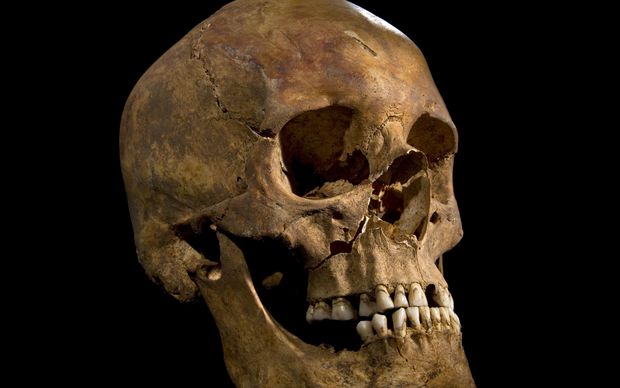 The skull of Richard III who died at the Battle of Bosworth - the last English monarch to die in battle. Photo: Supplied

That means that at some point there must have been a child whose presumed father according to the official genealogy was not his real father.

At a press conference in London, Professor Kevin Schurer, a deputy chancellor at the university, said there had been a break in the chain.

"We are not in any way indicating that Her Majesty (reigning Queen Elizabeth II) should not be on the throne," he said, adding that the history of the British monarchy took "all kinds of twists and turns".

WATCH Professor Kevin Shurer explain the discovering of the remains

The study said the result could question the legitimacy of Henry IV, Henry V, Henry VI and "the entire Tudor dynasty" starting with Henry VII followed by Henry VIII, Edward VI, Mary I and Elizabeth I.