United States troops in Afghanistan will be allowed to target Taliban fighters in Afghanistan from 2015, US officials say, expanding their role after the end of major combat operations. 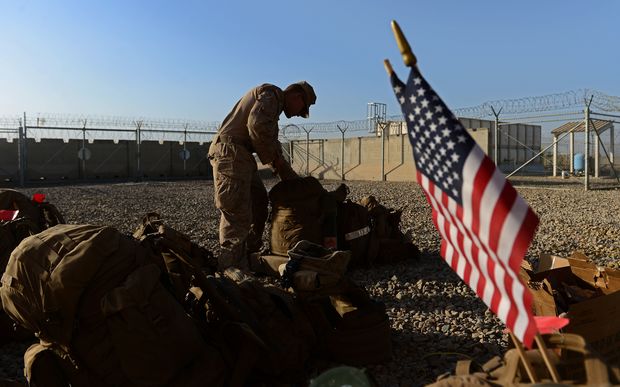 Previous plans had limited their role to training Afghan troops and tackling the remnants of al-Qaeda.

The military will now be allowed to fight the Taliban if the militants "directly threaten the United States and coalition forces" or provide "direct support to al-Qaeda", an unnamed official told US media.

The Associated Press and the New York Times say the change has been quietly decided by President Obama in recent weeks.

In September the new Afghan government, led by President Ashraf Ghani, signed a security deal allowing US troops to remain in the country beyond 2014.

Under a separate agreement, a number of Nato members - including Germany, Turkey, Italy - will contribute to a 12,000-strong force that will train and assist Afghanistan's security forces.

The US deployment is due to be reduced by half again by the end of 2015.

Nato - which had about 50,000 troops in Afghanistan in early 2014, mostly from the US - has been steadily withdrawing them, handing over control to local security forces.

Mr Ghani was sworn in as Afghanistan's new president in September, replacing Hamid Karzai in the country's first democratic transfer of power.

Mr Karzai had refused to sign the security deal, in part because the US sought immunity from prosecution for its forces.