Republican Speaker of the House John Boehner has condemned US President Barack Obama's use of executive powers to force through immigration reform. 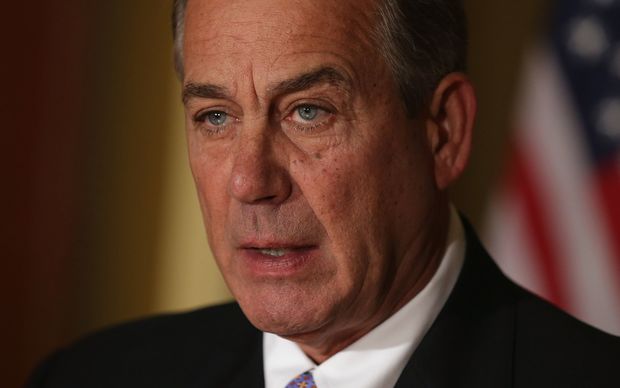 The conservative leader said the action sabotages any chance of enacting cross-party reforms and damages the presidency itself.

Mr Obama's plan meant more than 4 million illegal immigrants in the US would be allowed to apply for work permits, the BBC reported.

But Mr Boehner said it would encourage more people to arrive unlawfully.

"We have a broken immigration system and the American people expect us to work together to fix it," Mr Boehner told reporters, saying Mr Obama had acted unilaterally "like a king or emperor" and not through a democratic process.

"The action by the president yesterday will only encourage more people to come here illegally," Mr Boehner said. "[It] also punishes those who have obeyed the law and waited their turn."

The Republican leader said Mr Obama's actions fail to take into account the wishes of the American people, adding it is not the first time the US leader has acted without the consent of Congress.

"All year long I have warned the president that by taking unilateral action on matters such as his healthcare law or by threatening action repeatedly on immigration, he was making it impossible to build the trust necessary to work together," Mr Boehner said.

Barack Obama said he had no choice but to act, accusing the Republicans of blocking a bill in Congress, and vowing to make permanent reform a reality.

Speaking in Las Vegas, where he first outlined his plans two years ago, President Obama said: "I will never give up." 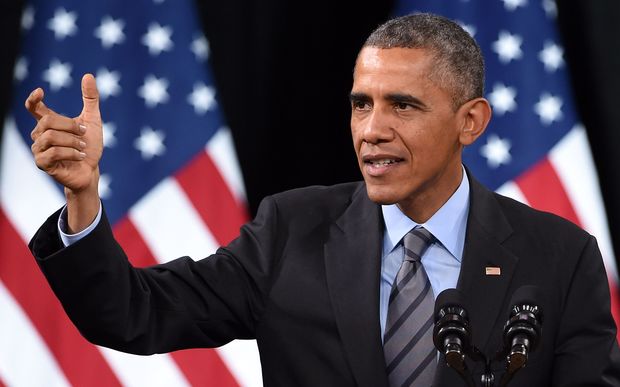 Barack Obama speaking about his executive action on US immigration policy at a high school in Las Vegas, Nevada. Photo: AFP

He said: "We're going to keep on working with members of Congress to make permanent reform a reality."

"But until that day comes, there are actions that I have the legal authority to take that will help make our immigration system more fair and more just, and this morning I began to take some of those actions", Mr Obama said.

"When members of Congress question my authority to make our immigration system work better, I have a simple answer - pass a bill."

Mr Obama said the moves that he had taken under his executive action meant that "not everybody will qualify" and described the bill as the "first step" but "not the only step".

Mr Obama has insisted that his proposals, which are the biggest immigration reforms since the mid-1980s, do not amount to an amnesty.