Nearly five million people living illegally in the US can escape deportation under sweeping changes to the US immigration system. 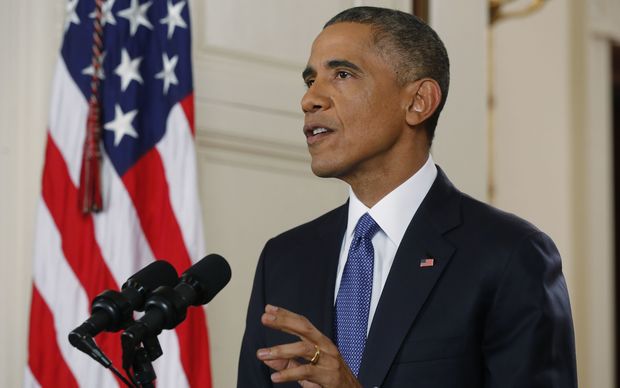 "Come out of the shadows and get right with the law," urged President Barack Obama in a televised address.

Republicans say the action, without Congress, is beyond his authority and relations will now be poisoned.

There are about 11 million illegal immigrants in the US and this year children coming across the border prompted a crisis.

Most of those affected by Mr Obama's action are the parents of children who are US citizens or legal residents.

The BBC reports that the president told the nation that what he is proposing is not amnesty.

"What I'm describing is accountability - a commonsense, middle ground approach," he said.

Although the plan will allow millions to work, it will not offer a path to citizenship or entitle them to the same benefits as Americans, he said.

"If you're a criminal, you'll be deported. If you plan to enter the US illegally, your chances of getting caught and sent back just went up."

He pledged to crack down on illegal immigration at the border and require certain undocumented migrants to pass a criminal background check and pay taxes in order to register to stay temporarily in the US.

Mr Obama said deportations would now focus on "felons not families, criminals not children, gang members, not a mother trying to provide for her kids".

Overall, the action could lift the threat of deportation for up to five million undocumented migrants.