A fierce storm is bringing more snow to parts of the US north-east, with officials warning residents to be prepared for 1 metre of new snow. 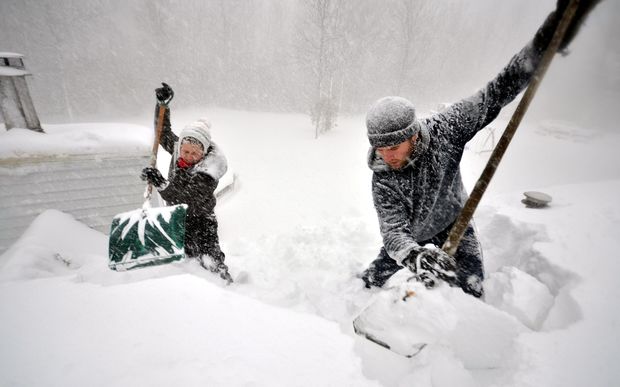 Tami Normile and Richard Brooks attempt to remove some of the snow from a roof top in the Lakeview neighborhood of Buffalo, New York. Photo: AFP

Some places, including the city of Buffalo, were already underneath 1.5 metres of snow, and eight people had died in New York state, the BBC reported.

Weather-related deaths were also reported in New Hampshire and Michigan.

Freezing temperatures have continued in many parts of the US, with heavy disruption to travel.

"We're prepared, but the storm is gigantic and persistent." 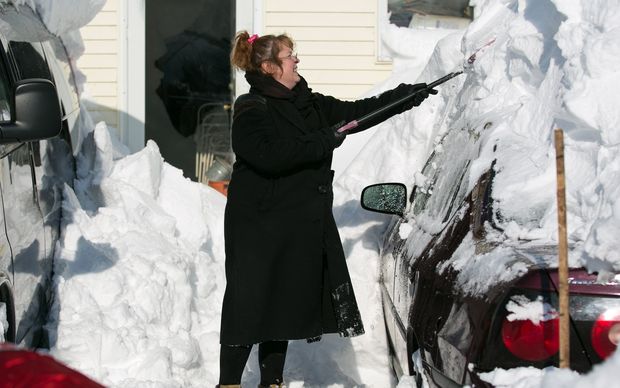 John Jiloty of East Aurora near Buffalo told the BBC that some people had been stuck in their cars for a day and a half.

"I'm lucky to not be in some of the worst of it where there's six feet of snow literally 15 minutes away from where I am," he said.

"We have maybe four feet of snow so a couple more coming tonight and we'll see how we do."