The European Commission will hold an urgent meeting to establish what further measures need to be adopted to contain an outbreak of a highly contagious strain of bird flu in the Netherlands. 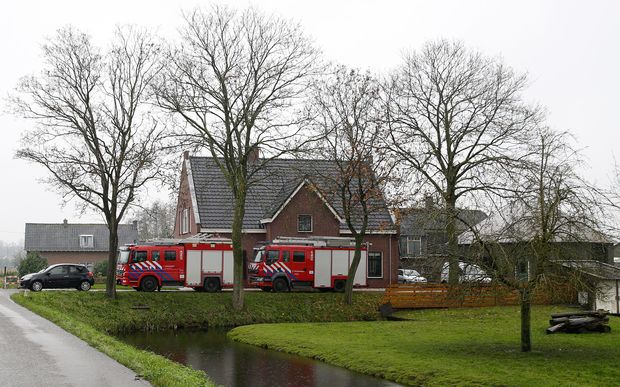 Vehicles are parked in front of the poultry farm in the village of Hekendorp, where a strain of bird flu was found. Photo: AFP

Dutch authorities have already begun destroying 150,000 hens at the infected poultry farm, in the village of Hekendorp, the BBC reports.

The strain, H5N8, has never been detected in humans, but an outbreak in South Korea meant millions of farm birds had to be slaughtered to contain it.

The Netherlands has imposed a 72-hour ban on transportation of poultry products, including birds, eggs, dung and used straw to and from poultry farms across the country, the world's leading egg exporter.

"This highly pathogenic variant of avian influenza is very dangerous for bird life," the Dutch government said in a statement.

"The disease can be transmitted from animals to humans."

The Dutch economics ministry said humans could only be infected through close contact with infected birds.

Meanwhile, a case of bird flu has also found on a duck-breeding farm in northern England.

The Department for Environment, Food and Rural Affairs said it had set up a restriction zone around the farm in Yorkshire and was culling all poultry there to prevent any spread of infection.