European robot probe Philae has made the first-ever landing on a comet, a first in space exploration and the crowning phase of a decade-long mission.

The European Space Agency (ESA) lander touched down on Comet 67P/Churyumov-Gerasimenko, after a seven-hour descent from spacecraft Rosetta, at about 1605 GMT. 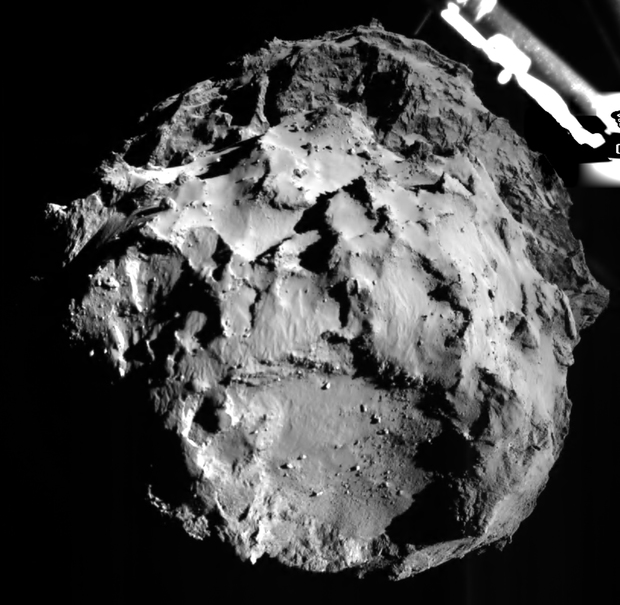 The comet shown from a camera on Philae about 3km from the surface. A segment of the probe's landing gear is visible in the upper right hand corner. Photo: AFP / ESA / Rosetta / Philae / ROLIS / DLR

There were cheers and hugs at the control room in Darmstadt, Germany after the signal was confirmed.

Scientists hope the lander, equipped with 10 instruments, will unlock the secrets of the primordial clusters of ice and dust that may have helped sow life on Earth. 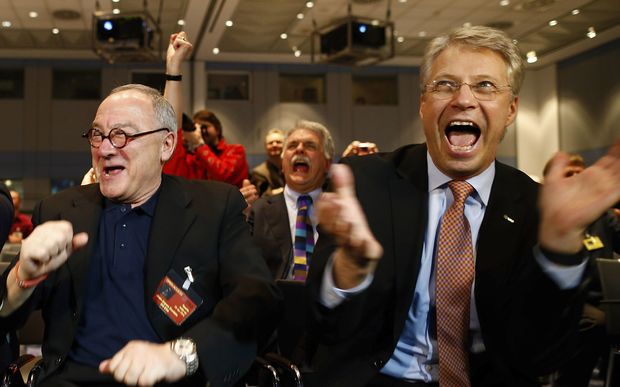 The probe is designed to take samples from the surface of 67P/Churyumov-Gerasimenko, which it is hoped will help show how planets and life are created, as the rock and ice that make up the comet preserve organic molecules like a time-capsule.

Shortly after the touchdown was confirmed, Stephan Ulamec, the mission's lander chief, said: "Philae is talking to us... we are on the comet."

The robot deployed harpoons to fasten itself to the 2.5-mile-wide comet.

Scientists will use Philae to take pictures of the comet's landscape and to analyse its chemical composition.

Rosetta reached the comet, a roughly 3-by-5 km rock discovered in 1969, in August, after a journey of 6.4 billion kilometres that took 10 years, five months and four days - a mission that cost close to €1.4 billion.