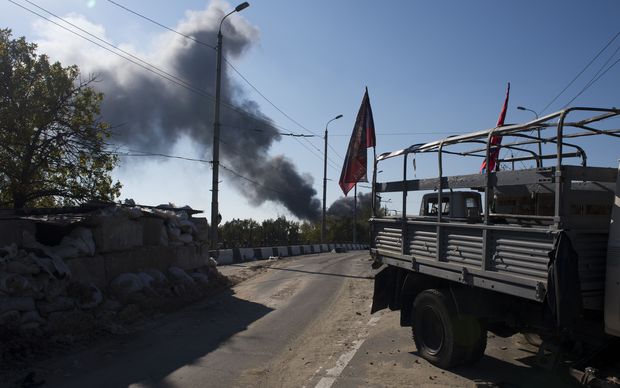 A pro-Russian separatist checkpoint in Donetsk as smoke rises from the airport area in the background. Photo: AFP

The ceasefire in eastern Ukraine has become increasingly frayed in recent days, leading to the death of several civilians and soldiers as well as a Red Cross worker.

A military spokesperson said two Ukrainian servicemen had been killed during the past 24 hours, but gave no further details.

Reuters reports the Ukraine has accused Russian forces of helping the separatists to step up pressure on government troops holding the airport in Donetsk and threatening the fragile ceasefire.

The latest United Nations estimate is that more than 3500 people have died in the conflict.