Student leaders in Hong Kong have agreed to meet the government to discuss their demands, after five days of mass protests for democracy. 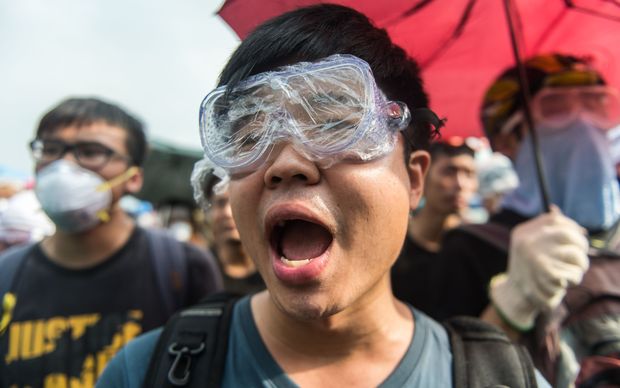 The student leaders were responding to an offer of negotiations from Hong Kong Chief Executive Leung Chun-ying, the BBC has reported.

Mr Leung made the comments shortly before the expiry of a deadline set by students who had threatened to occupy government buildings if he did not resign.

BBC journalist Babita Sharma said it was not certain when the talks would take place.

"We don't know the details of those talks or when those talks are going to take place. At some point today, we gather," she said.

"We also know that the chief executive, CY Leung, cut a very defiant tone overnight saying that he is refusing to step down.

"But it does seem that the agreement for talks has enabled some sort of diffusion of the situation here because no attempt was made overnight by the demonstrators to occupy any government buildings."

The protesters, angry at China's plan to vet election candidates, have been occupying parts of the city since the weekend, though numbers have fallen.

Beijing has thrown its full support behind Mr Leung, calling the protests illegal and "doomed to fail". 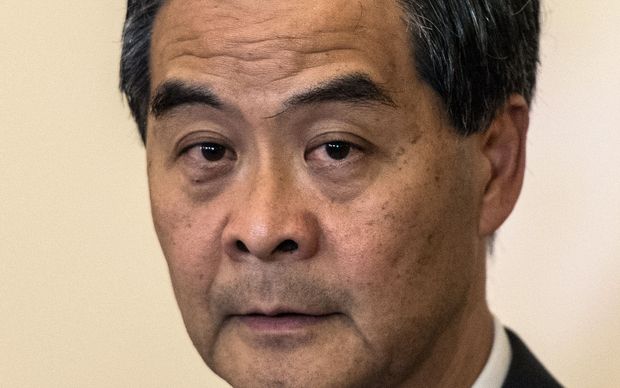 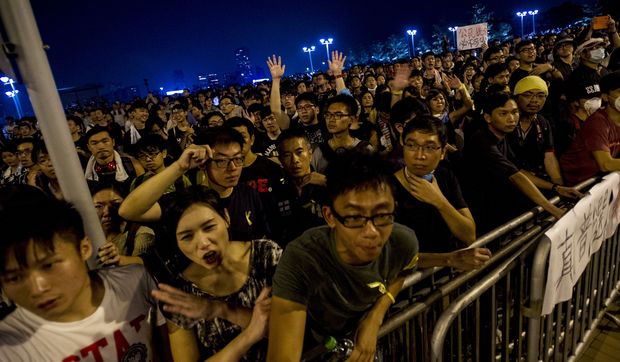 At a news conference shortly before the protesters' midnight deadline for his resignation, Mr Leung said attempting to occupy buildings would lead to "serious consequences".

He said the territory's top civil servant, Chief Secretary Carrie Lam, would open a dialogue with student leaders as soon as possible.

"Tonight, the Hong Kong Federation of Students issued an open letter asking for a meeting with the chief secretary, representing the Hong Kong government, to discuss one item - and this is the constitutional development of Hong Kong," Mr Leung told reporters.

"We have studied the letter in detail, and I'm now appointing the chief secretary to represent the Hong Kong government to meet with the representatives of the Hong Kong Federation of Students to discuss constitutional development matters."

He added: "I will not resign because I have to continue with the work for elections."

Student protest leaders responded by saying that they planned to join the talks with the government but insisted that Mr Leung should step down, saying he had "lost his integrity".

A wider pro-democracy group that has joined the demonstrations, Occupy Central, issued a statement saying it "hopes the talks can provide a turning point in the current political stalemate".

It added: "However, we reiterate our view that Chief Executive Leung Chun-ying is the one responsible for the stalemate, and that he must step down."