United States health officials have confirmed the first case of the deadly Ebola virus in the country. 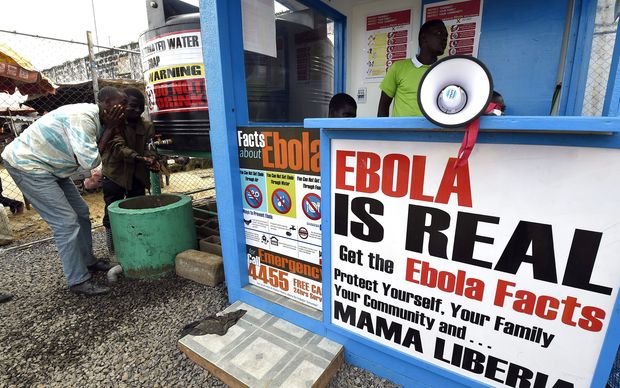 Liberians wash their hands next to an Ebola information and sanitation station. Photo: AFP

A man who became infected in Liberia and travelled to Texas has been diagnosed with the illness.

Centers for Disease Control and Prevention (CDC) director Tom Frieden said it is likely a "handful" of people may have been exposed to the patient, mostly family members and health officials will seek out others who had contact with the patient.

Dr Frieden said he has no doubt the country will be able to control this case of Ebola so it does not spread widely.

The man arrived in the US on 20 September and sought treatment six days later, the CDC has said.

A CDC spokesperson said the patient was hospitalised with symptoms that were confirmed to be caused by Ebola.

Dr Edward Goodman of the Texas Health Presbyterian Hospital of Dallas, where the man is being treated, said the man has a team of experts treating him.

"I can say that he is ill, he's under intensive care, he's being seen by highly trained, competent specialists, and the health department is helping us in tracing any family members that might have been exposed."

The patient is the first to be diagnosed with Ebola in the United States, although a handful of US medical workers who were infected in west Africa have been flown back to the US for treatment, and have recovered.

The world's largest outbreak of Ebola has infected more than 6500 people across five west African countries, and killed more than 3000, according to the World Health Organisation.

Liberia is the worst affected country, having recorded almost 2000 deaths linked to the latest outbreak. The deaths and sickness have made it even more difficult for the already weak healthcare systems in the affected countries to cope with the outbreak and there is a severe shortage of hospital beds, especially in Liberia.

Some studies have warned that the numbers of infected could rise to more than 20,000 by early November.