Three people have been killed and 18 injured after a monster truck lost control and crashed into the crowd during a stunt show in the Dutch town of Haaksbergen. 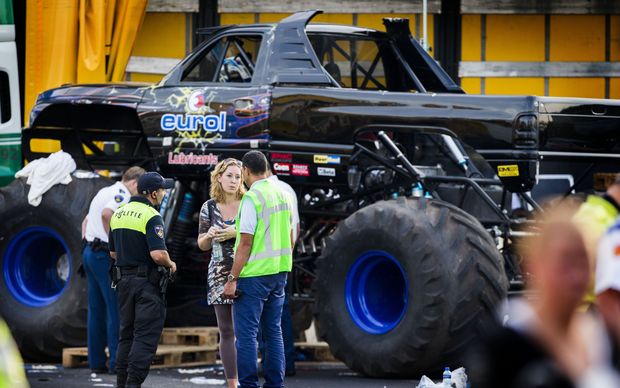 Police inspect the site of the accident in Haaksbergen. Photo: AFP

Haaksbergen mayor Hans Gerritsen said the dead included a boy and two adults, one male and one female.

"In Haaksbergen and beyond, we are shocked by this event," he said.

Local authorities said five of the injured are in a critical condition.

The accident happened yesterday when the driver of the 1500 horsepower truck, with tractor-sized wheels, failed to brake after driving across a row of parked cars, and ploughed into a group of onlookers, the ABC reports.

Police said the driver has been arrested.

Emergency services said the injured were taken to hospitals in three nearby towns while air ambulance helicopters from the region flew to the scene of the accident, including one from neighbouring Germany.