The fatal shooting of an 18-year-old terrorism suspect in Melbourne justifies raising the alert level to high, Australian MPs say.

Police said Abdul Numan Haider, who was shot dead last night after stabbing two officers from the Joint Counter Terrorism team outside the Endeavor Hills Police Station, was a person of interest. 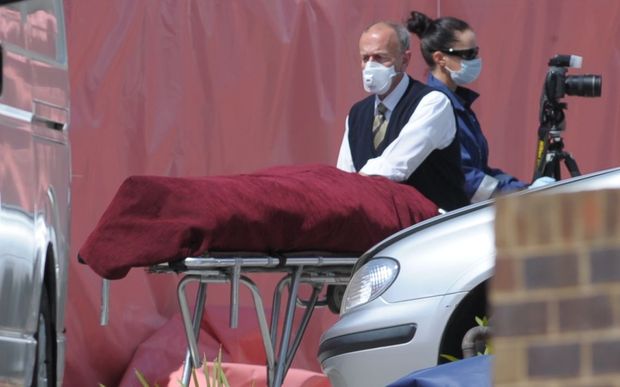 The body is removed from the Endeavor Hills Police Station. Photo: AAP

One of the injured officers is from the Australian Federal Police and the other is a Victoria Police member. They were both rushed to hospital and needed surgery, the ABC reports.

The attack happened in the federal electorate of Labor MP Anthony Burn, who is convinced that the threat of terrorism is real.

"These people, they want to interfere with our way of life, the way we do business. We cannot let them win."

Speaking from Hawaii on the way to a United Nations Security Council meeting in New York, Prime Minister Tony Abbott praised the work of authorities. "The police will be constantly vigilant to protect us against people who would do us harm."

Mr Abbott said he has spoken to the wives of two police officers involved. The government is urging the community to remain calm, despite last night's incident. 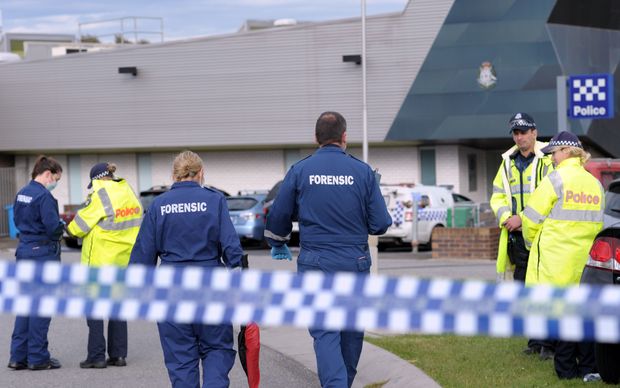 Abdul Numan Haider was shot outside the station. Photo: AAP

Victoria Police Chief Commissioner Ken Lay said Abdul Numan Haider, who was under investigation and had his passport cancelled, was allegedly seen last week with an Islamic State flag.

"There's certainly information that he was present at the shopping centre in the last week or so with the flag that appeared to be an ISIS flag. It's not an offence, but clearly it drew our attention to this person and we had a conversation with this person."

Mr Haider, whose family are from Afghanistan, had also been associated with the radical Islamic group called Al-Furqan. It is understood he had recently moved away from the group.

Based in Springvale, in Melbourne's south-east, associates of Al-Furqan were the targets of terrorism raids by Victoria Police and the Australian Federal Police in 2012.