A London inquest has been told a British nurse blamed herself for a hoax call made to the hospital in 2012 where the Duchess of Cambridge was being treated for morning sickness. 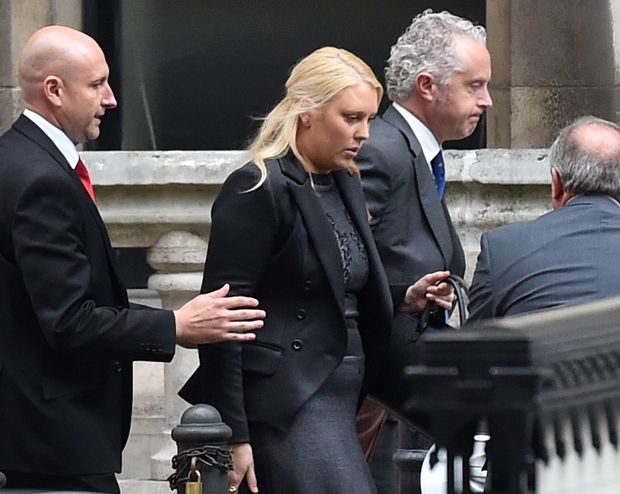 Australian DJ Mel Greig at the High Court in London after attending the inquest into the death of Jacintha Saldanha. . Photo: AFP

They impersonated the Queen and Prince Charles as they sought information about the pregnant Duchess of Cambridge's condition.

Jacintha Saldanha transferred the call to a colleague who divulged details of Catherine's acute morning sickness.

She was found dead in a suspected suicide in her nurses quarters the same week.

The ABC reports her husband and two children were in the courtroom for the inquest.

DJ Mel Griggs, who was one of the radio hosts who made the prank call, was also at the hearing but was not allowed to take the stand. She said she was honouring a commitment to answer any questions the family might have.

Her husband, Benedict Barboza, described the sense of loss the family felt. He denied his wife had ever suffered from depression or had attempted suicide before.

The court heard that Mrs Saldanha had sent an email to the nurse who took the call.

It said, "it's all my fault, I feel bad about this to get you involved. I'm very upset and I don't know what to do."

Not long after she was found dead.