Apple has unveiled a smartwatch - the Apple Watch - its first new product line since the first iPad and the death of its co-founder Steve Jobs. 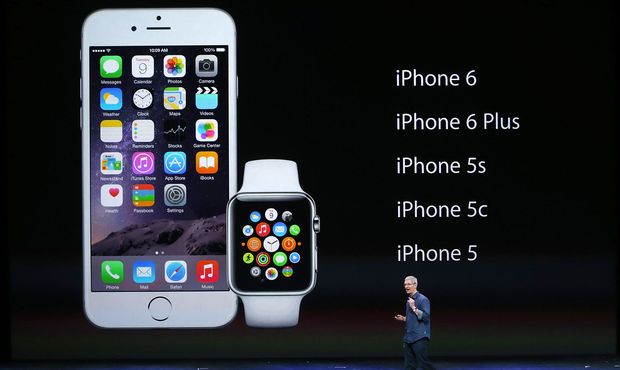 The watch device runs apps, acts as a health and fitness tracker and communicates with the iPhone, the BBC reported.

While rival smartwatches already exist, experts said Apple had a history of entering sectors relatively late and then changing their direction.

The iPhone 6's screen measures 11.9cm and the iPhone 6 Plus's 14cm - a change that analysts said should help prevent users migrating to Android.

It also announced a new service called Apple Pay, which chief executive Tim Cook said he hoped would "replace the wallet" in shops.