The Duchess of Cambridge is pregnant with her second child, it has been confirmed. 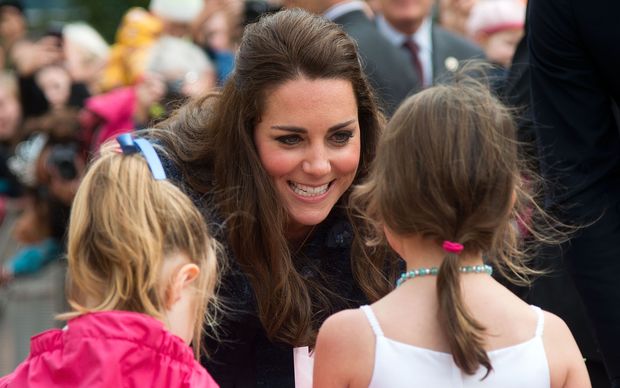 The Duchess of Cambridge during her visit to New Zealand in April. Photo: POOL

The Duchess and Prince William, who is the grandson of Queen Elizabeth, had their first child Prince George in July last year.

William is second in line to the British throne with George third.

A statement said the Queen and members of both families were delighted with the news, BBC reported.

Kensington Palace said that, as when the duchess was pregnant with Prince George, she was suffering from acute morning sickness and was being treated by doctors at the palace.

For a second time, William and Kate have been forced to announce a pregnancy before the duchess passed the significant 12-week milestone as Kate is suffering from an acute form of morning sickness - though this time she is being treated behind palace walls and not at a private hospital with representatives of the world's media gathered outside.

The pregnancy has generated international excitement and will continue to do so but this impending birth will lack the constitutional significance of Prince George's arrival.

The baby will become fourth in line to the throne, behind older brother Prince George, who is 14 months old.

Prime Minister David Cameron, Labour leader Ed Miliband and the Archbishop of Canterbury were among those to offer their congratulations to the couple.

Monday's announcement has performed one unintended but useful role for the Windsors. Headlines about the Queen's view of Scottish independence will be replaced by extensive coverage of a royal birth next year.