Malaysia Airlines is to cut 6000 staff as part of a recovery plan after being hit by two disasters this year and has suspended trading in its shares.

The reduction in numbers announced today represents about 30% of its workforce of 20,000. The airline will become completely state owned, and a new chief executive will be put in place. 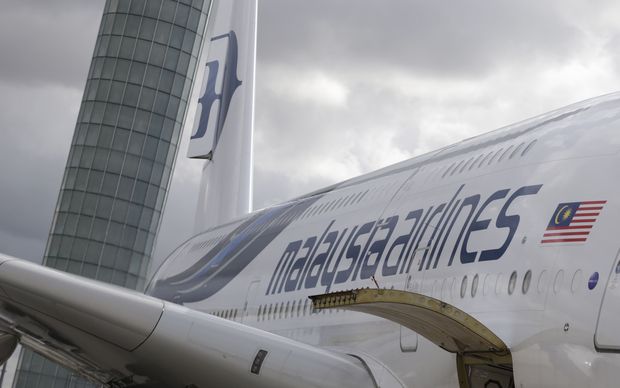 Khazanah Nasional, the state investment company that owns a 69% stake in the troubled firm, will take 100% ownership, the BBC reports.

"The combination of measures announced today will enable our national airline to be revived," said Khazanah's managing director Azman Mokhtar.

The recovery plan will cost about $US1.9 billion. Long haul routes will be slashed, and the airline aims to return to profitability by 2018.

The airline has posted its sixth straight quarterly loss for April to June and forecast more red ink over the rest of the year, saying the MH370 and MH17 air disasters and associated stigma have ravaged its bookings, AFP reports.

Flight MH370 went missing on 8 March this year after inexplicably diverting from its Kuala Lumpur-Beijing course. The Malaysian government says it is believed to have gone down in the southern Indian Ocean, but no trace has been found and it remains a mystery what caused it to go missing.

On 18 July, flight MH17 went down over a region of eastern Ukraine held by pro-Russian rebels. Western leaders say it was shot down by the separatists, but investigators have not been able to ascertain who was responsible.