The first trucks in a controversial Russian aid convoy have arrived at the border with eastern Ukraine to be inspected. 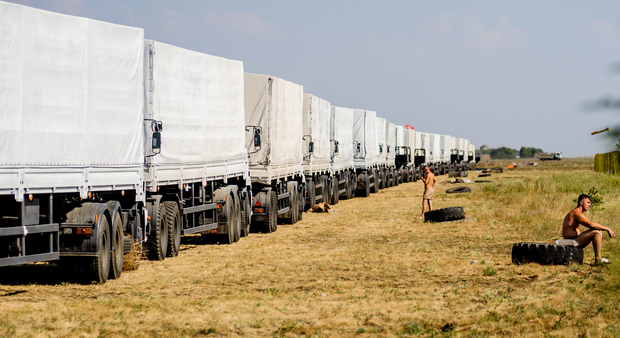 CNN reports that Russia has insisted the trucks are filled with food, water and humanitarian aid but Kiev has refused to let them in until Ukrainian border officials have inspected them.

"Right now, they're in the beginning of that inspection process," CNN's Will Ripley said. "About 60 of them - which are customs officers and border guards from Ukraine - have crossed into Russia's Rostov region.

"They're looking through those trucks right now to see if those contents really are, as Russia has insisted all along, humanitarian aid, destined for the people of eastern Ukraine." 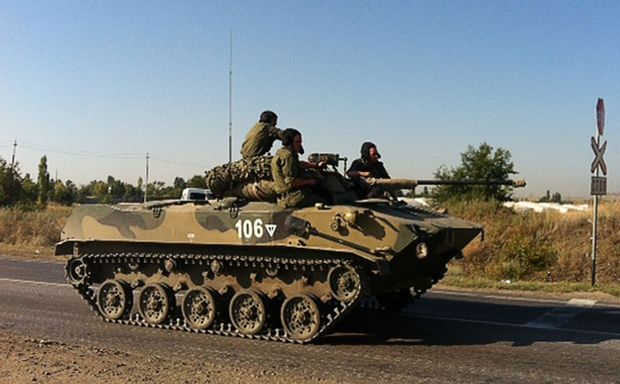 A Russian military vehicle moves along a road near the Ukrainian border on 15 August. Photo: AFP

The BBC reports that Ukraine fears the convoy may carry military supplies for the rebels, an accusation Russia has rejected.

Russia's government has consistently denied directly arming or training the rebels, who sparked the conflict in April when they took control of several cities in eastern Ukraine.

Ukrainian officials said that the cargo would be delivered to Luhansk after being inspected.

Luhansk, a rebel stronghold, saw heavy shelling on Thursday, along with Donetsk, which is also held by the rebels.

The conflict, which has intensified in recent weeks, has claimed more than 2,000 lives.