A national day of mourning was being held in the Netherlands on Wednesday, as the first bodies of victims of the Malaysia Airlines disaster were due to be returned from Ukraine.

Flight MH17 was shot down in an area held by pro-Russia rebels on 17 July, killing all 298 people on board, including 193 Dutch. The Boeing 777 had taken off from Amsterdam and was en route to Kuala Lumpur when it crashed in an area of eastern Ukraine after apparently being hit by a missile. 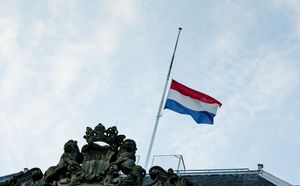 The Dutch flag flies half mast on the Defence building in The Hague. Photo: AFP

The Dutch King and Queen, Willem-Alexander and Maxima, Prime Minister Mark Rutte and other dignitaries would be in Eindhoven with bereaved relatives to receive the bodies on Wednesday.

A Dutch member of the European Parliament, Marietje Schaake, said the nation is consumed by grief and anger.

A refrigerated train carriage carrying about 200 bodies from the crash site arrived in the government-held city of Kharkiv on Tuesday amid tight security, not 282 bodies as claimed by the rebels, Dutch officials said.

Forty coffins were laid out at the airport on Wednesday morning, and would be taken to the Netherlands on two separate flights, to the Korporaal van Oudheusden barracks for identification, a process Mr Rutte said could take months, the BBC reports.

Investigators said they would continue to search the crash site for more bodies.

Meanwhile, the plane's black boxes have arrived in Britain for analysis by air accident investigators, it has been confirmed. The Air Accidents Investigation Branch said they had been delivered to its headquarters in Farnborough, Hampshire, on Wednesday.

Experts will attempt to download data from the flight recorders following a request by authorities in the Netherlands - who are leading the investigation.

Shootdown may have been 'mistake'

Intelligence officials from the United States say that MH17 may have been shot down by "mistake" by ill-trained pro-Russian separatists and dismissed Moscow's accounts of the incident.

A senior intelligence official who spoke on condition of anonymity said evidence suggests that separatists launched the SA-11 surface-to-air missile that blew up the airliner, but it remains unclear "who pulled the trigger".

"The most plausible explanation was that it was a mistake and that the missile was fired by "an ill-trained crew" using a system that requires some skill and training, the official said.

Russian operatives have been spotted on the ground in eastern Ukraine but the US intelligence community had no explicit proof that Russians were with the SA-11 unit that fired on the airliner, officials said.

Although the United States had observed a flow of heavy weapons, including air defence systems, into Ukraine from Russia, intelligence agencies had not seen the larger SA-11 missiles being moved into the country before the airliner was downed. 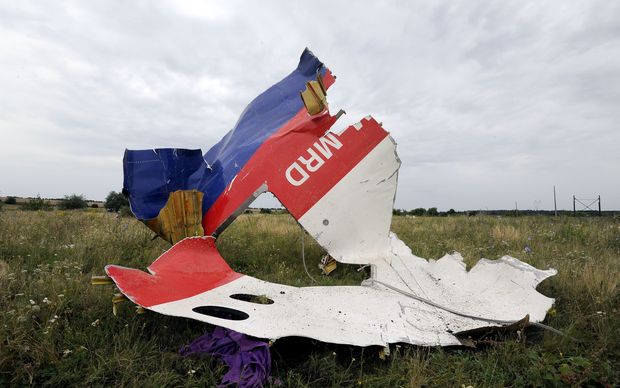 European monitors in Ukraine say pieces of the wreckage at the crash site have been cut into, which could compromise any investigation into the tragedy. Three teams of international experts have reached the wreckage of the plane. 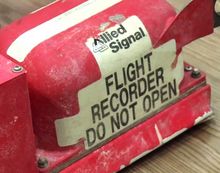 The flight recorders will be examined in a UK laboratory. Photo: AFP

Organisation for Security and Co-operation in Europe (OSCE) spokesperson Michael Bociurkiw said large parts of the wreckage looked different to a few days ago.

"This is in addition to an observation we made two days ago that the cockpit section and the aft of the first class section ... we observed uniformed men cutting into that with a diesel power saw."

The airliner's 'black box' flight recorders, which were handed over by rebels to Malaysian officials, will be flown to a laboratory in the UK for analysis, British Prime Minister David Cameron has confirmed.

Investigators hope the devices, described as being in good condition, will provide clues about what happened to the plane. 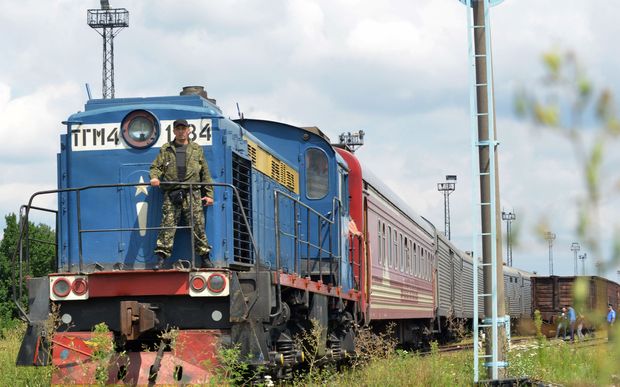 The train carrying bodies from Flight MH17 arrives at the government-held city of Kharkiv. Photo: AFP

European Union foreign ministers have announced they will impose more sanctions against Russia over its alleged backing for the rebels - something Moscow denies.

They said the list of individuals and groups covered by EU sanctions would be broadened and a new list drawn up by EU ambassadors by Thursday at the latest.

Ministers will also ask the European Commission to look at an embargo on new arms sales to Russia and increase punitive measures against Russia in the financial and energy sectors.

Australian Treasurer Joe Hockey said his country expected Russia to use its influence with separatists in eastern Ukraine to allow a full investigation into the downing of the plane.

"Thirty-eight people that call Australia home were killed in that heinous crime and we are determined to do what we can to help secure the site, to repatriate the bodies to the families and also importantly, vitally, find out who was responsible for the crime and bring them to justice."

Mr Hockey, who is on a visit to New Zealand, told Radio New Zealand's Morning Report programme Russian president Vladimir Putin must tell the separatists to allow free access to the crash site.

Mr Hockey said Australia expected an investigation of the aircraft's wreckage will discover who brought down the plane and help bring those responsible to justice.