Fifa is facing fresh allegations of corruption over its controversial decision to award the 2022 World Cup to Qatar. 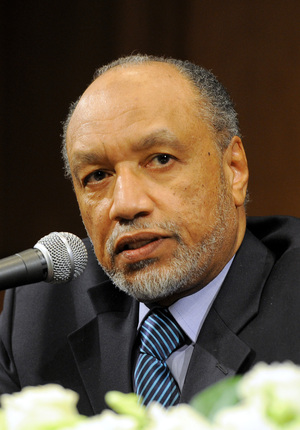 The Sunday Times has obtained millions of secret documents - emails, letters and bank transfers - which it alleges are proof that the disgraced Qatari football official Mohamed Bin Hammam made payments totalling $US5 million to football officials in return for their support for the Qatar bid.

Qatar 2022 and Bin Hammam have always strenuously denied the former Fifa vice-president actively lobbied on their behalf in the run-up to the vote in December 2010.

But according to emails obtained by the Sunday Times, it is now clear that Bin Hammam, 65, was lobbying on his country's behalf at least a year before the decision.

The BBC reports the documents also show how Bin Hammam was making payments direct to football officials in Africa to allegedly buy their support for Qatar in the contest.

Qatar strongly denies any wrongdoing and insists that Bin Hammam never had any official role supporting the bid and always acted independently from the Qatar 2022 campaign.

When approached by the Sunday Times to respond to their claims, Bin Hammam's son Hamad Al Abdulla declined to comment on his behalf.

Although the vast majority of the officials did not have a vote, the Sunday Times alleges Bin Hammam's strategy was to win a groundswell of support for the Qatari bid which would then influence the four African Fifa executive committee members who were able to take part in the election.

The Sunday Times also alleges that it has documents which prove Bin Hammam paid 305,000 Euros to cover the legal expenses of another former Fifa executive committee member from Oceania, Reynald Temarii.

Bin Hammam was initially banned from football for life in July 2011 after being found guilty of attempted bribery.

The allegations centred around bids to buy votes in the Fifa presidential election of that year.

However his ban was annulled a year later by the Court of Arbitration for Sport which said there was insufficient evidence to support the punishment.

Bin Hammam then quit football saying he had seen the "very ugly face of football".

Fifa issued him with a second life ban in December 2012 for "conflicts of interest" while he was president of the Asian Football Confederation.