April was hot across the globe, tying with 2010 for the highest average temperature since 1880. 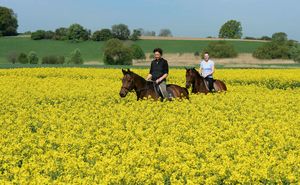 Central Siberia had temperatures more than five degrees above average.

Britain had its third warmest April since record-keeping began in 1910 and Australia observed its seventh hottest April over the same time span.

However much of the United States and Canada had cooler than average temperatures for the month.

The last time global April temperatures fell below the 20th century average was in 1976, the agency said.