The death toll from a military offensive in eastern Ukraine has risen to at least 34.

Fighting has intensified in the city of Sloviansk with casualties on both sides.

There are fears Russia could order its troops into Ukraine, under the guise of a peacekeeping mission. 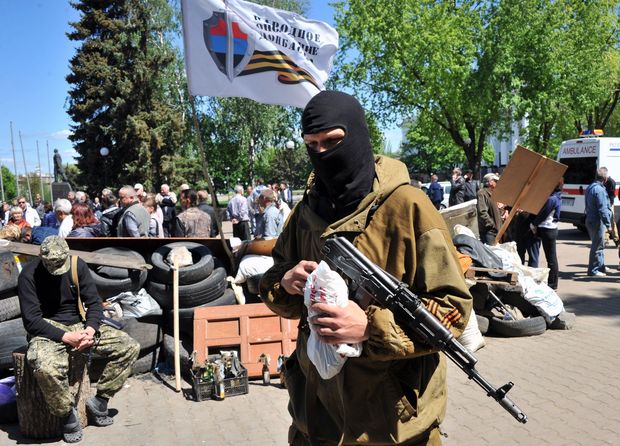 Russia's foreign minister has ruled out holding fresh talks in Geneva to defuse the crisis unless pro-Russian opposition groups are involved, the BBC reports.

Sergei Lavrov added there was no point as an April accord between the United States, the European Union and Russia had not been implemented.

He spoke after a Council of Europe meeting which was expected to support Ukraine's plans for a 25 May election.

But Mr Lavrov called an election "unusual" at a time when the army was being used against the population.

Ukraine's acting Foreign Minister Andriy Deshchytsia said Ukraine was ready to back a new round of talks in Geneva as long as Moscow supported presidential elections.

Mr Deshchytsia later appealed for international observers to be sent to Ukraine to monitor the elections.

OSCE Chairman Didier Burkhalter said there should be a ceasefire in Ukraine ahead of the May presidential election - as holding it is very difficult in the current situation, the AFP news agency reports.