South Korean officials say the number of people known to have died in last week's ferry disaster has risen to 104.

The 6825-tonne Sewol capsized during a routine 400km journey from Incheon to the southern holiday island of Jeju in calm weather on 16 April. Among the 476 passengers and crew were 339 children and teachers from Danwon high school in Ansan, near Seoul, on a school outing. 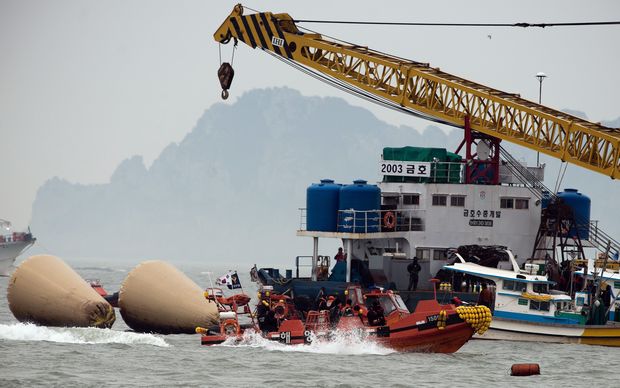 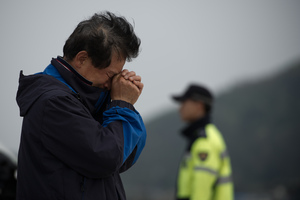 A man waits a Jindo harbour where families of the missing are gathered. Photo: AFP

Divers searching for victims are trying to reach the ferry's restaurants on Tuesday, where it is feared many of the passengers are trapped. Some 198 people are still unaccounted for, most of them children, the coastguard said.

The pace of the recovery has improved, the BBC reports. Rescuers have set a deadline with the families that by Thursday if they haven't recovered all the bodies through divers going in, then the families accept that the hull of the ship will be lifted.

A remote robot will be used to help get the hull properly attached to cranes and get that operation underway - even that will take several days. The United States is sending a navy salvage ship to help recovery efforts.

President Park Geun-hye, whose government has faced criticism over its initial response to the disaster, strongly criticised the actions of captain Lee Joon-seok and his crew.

The captain was not on the bridge when the ship turned. Navigation was in the hands of a 26-year-old third mate who was in charge for the first time in the passage, according to crew members.

Six crew members have been detained, as well as Mr Lee, who is accused of negligence.