The value of residential proporties in Tairāwhiti has gone "through the roof" in an increase which has surpassed other provincial towns, a valuer says. 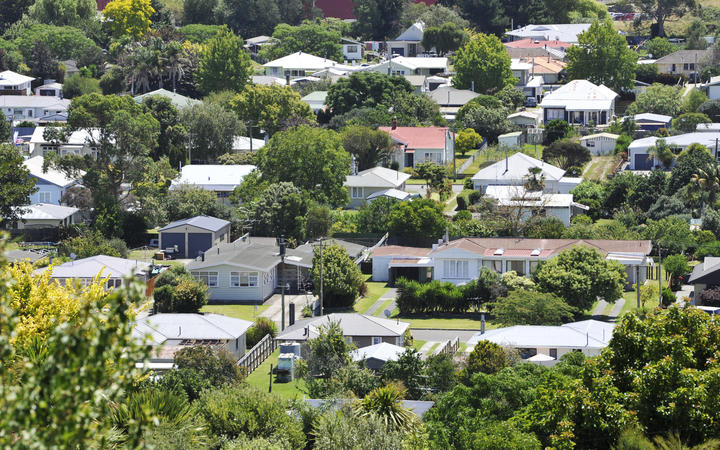 The value of residential properties in Tairāwhiti has increased by 64 percent in the past three years. Photo: Gisborne Herald/LDR

A three-year revaluation of the district for rating purposes shows the average value of residential properties has increased by 64 percent since 2017.

Lewis Wright managing valuer Ben Inder said Gisborne had seen some of the biggest increases in residential values in the country, and was higher than any other provincial area he had seen.

The increase is even more dramatic in traditionally lower value areas, such as Elgin which has increased in value by 89 percent, Outer Kaitī by 77 percent and Te Hapara by 74 percent.

There had also been a 100 percent increase on residential land value in the past three years.

"The key thing is the lack of serviced, reticulated land. There's no new supply coming on," Inder said.

"There hasn't been any major development for 10 years."

Latest figures from the Real Estate Institute of New Zealand showed Gisborne had the greatest increase in median house prices than any region last month, a 34.1 percent increase from $425,000 in October 2019, to $570,000 in October 2020.

Johnston said the residential property market was "extremely bouyant" and had been exceeding expectations post-Covid-19.

There was a tight supply of residential properties in New Zealand, with only about 4 percent of the total number of properties moving through the market, she said.

The rating revaluation was scheduled for July, but delayed to 3 September so that the effects of the Covid-19 pandemic could be considered.

The revaluation figures will be posted out to property owners on 11 December. If owners disagree with their valuation, they can lodge an objection by 29 January. Revaluations will take effect for rating purposes from July 2021.

But with the boom in value witnessed in Gisborne, alongside the council reviewing its rating policy which could lead to a rise in rates for some, there might be a differing trend in valuation objections this time round, he said.

The revaluation was a "mass appraisal", and done based on market trends in each surburb.

It wasn't specific to the individual characteristics of each property, and so internal building work like paint jobs, or renovations of bathrooms and kitchens, were reasons households might object to their valuation.

There had been minimal movement on properties in the retail sector post-Covid-19 pandemic.