Pioneering rock 'n' roll singer Little Richard has died at the age of 87, the musician's family has confirmed. 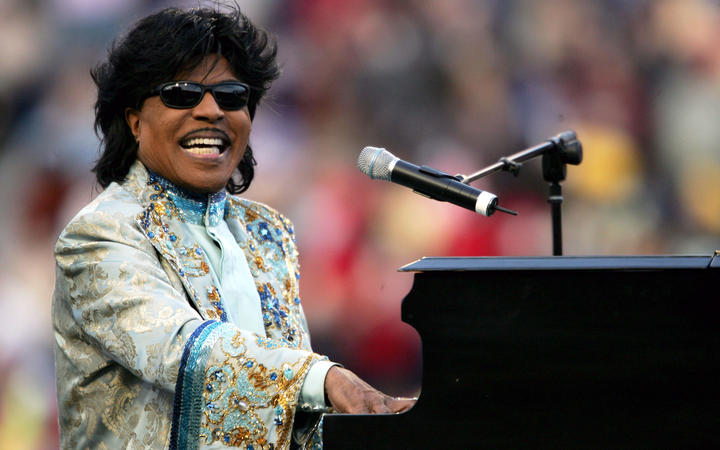 The Beatles, Elton John and Elvis Presley all cited him an influence. The singer was inducted into the Rock and Roll Hall of Fame in 1986.

He died of bone cancer in Tullahoma, Tennessee his family said.

Little Richard was born as Richard Wayne Penniman in 1932.

He had his biggest hits in the 1950s and was known for his exuberant performances, shrieks, raspy voice and flamboyant outfits. He sold more than 30 million records worldwide.

Chic co-founder Nile Rodgers said it was "the loss of a true giant", while Brian Wilson of the Beach Boys said his music would "last forever".

I’m very sorry to hear about Little Richard. He was there at the beginning and showed us all how to rock and roll. He was a such a great talent and will be missed. Little Richard’s music will last forever.
Love & Mercy, Brian pic.twitter.com/kcak6Rf4Re

Richard's bass guitarist, Charles Glenn, told celebrity news website TMZ the singer had been ill for two months. He said Richard died at his home, with his brother, sister and son beside him.

Little Richard was one of 12 children, and said he had started singing because he wanted to stand out from his siblings.

"I did what I did, because I wanted attention. When I started banging on the piano and screaming and singing, I got attention."

His music was embraced by both black and white fans at a time when parts of the US were still segregated, and concerts had a rope up the centre of the auditorium to divide people by colour.

Richard was born in Macon, Georgia, on 5 December 1932. Growing up in the southern US state, he absorbed the rhythms of gospel music and the influences of New Orleans, blending them into his own piano-laden extravaganzas.

His father was a preacher who also ran a nightclub, and his mother was a devout Baptist.

"I was born in the slums. My daddy sold whiskey, bootleg whiskey," he told Rolling Stone magazine in 1970.

The singer left home in his teens after disagreements with his father who initially didn't support his music.

"My daddy wanted seven boys, and I had spoiled it, because I was gay," the showman later said.

Though openly homosexual for many years, Richard also had relationships with women. He married Ernestine Harvin, a fellow Evangelical, and later adopted a son.

He was known for drugs, hard drinking and sex parties - to which he would take his Bible.

In the late 1950s, he turned his back on music after seeing a fireball cross the sky while on stage in Sydney, Australia. It was the Sputnik 1 satellite returning to Earth - but Richard took it as a sign from God that he should immediately change his ways.

He signed up to Bible college in Alabama, but was soon asked to leave following allegations he had exposed himself to another student. Within five years, he was back on tour. A gospel album in 1961 was followed by forays into Soul. 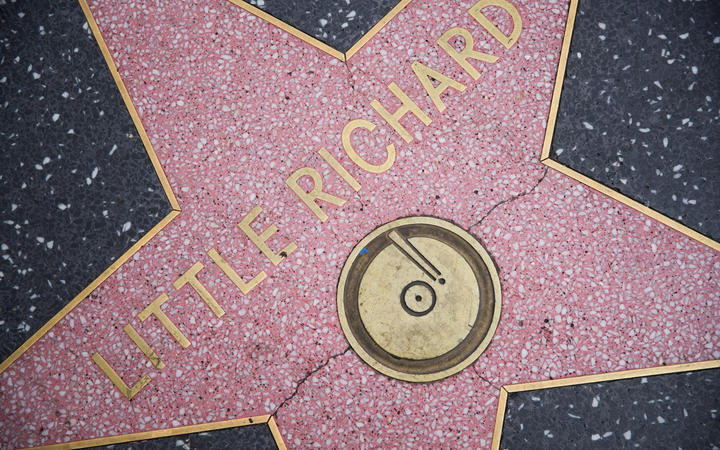 After seeing cocaine kill his brother, Richard turned to religion again - and was eventually ordained as a minister in 1970.

The singer's complex attitude to his sexuality meant he wasn't widely viewed as a gay icon. After he was re-baptised as a Seventh Day Adventist, he renounced homosexuality, framing it as a temporary choice he had made.

Richard felt his musical influence was never acknowledged as it should have been, and blamed the deep racial prejudice in America at the height of his career.

But he was proud of his impact in crossing divides.

"I've always thought that rock 'n' roll brought the races together," the singer once told an interviewer. "Although I was black, the fans didn't care. I used to feel good about that."

The Rolling Stones, who opened shows for him, spoke reverently of his on-stage prowess. Sir Mick Jagger tweeted: "I'm so saddened to hear about the passing of Little Richard, he was the biggest inspiration of my early teens and his music still has the same raw electric energy when you play it now as it did when it was first shot through the music scene in the mid 50s.

"When we were on tour with him I would watch his moves every night and learn from him how to entertain and involve the audience and he was always so generous with advice to me.

"He contributed so much to popular music. I will miss you Richard, God bless."