This week in politics: Parliament authorises 'the biggest blank cheque in the history of the country', the opposition takes unprecedented control of a special committee that will hold the government to account and the massive economic cost of Covid-19 starts to emerge.

How quickly the unthinkable becomes reality. On Monday Prime Minister Jacinda Ardern announced New Zealand would shut down, at midnight on Wednesday - the doors were closed. 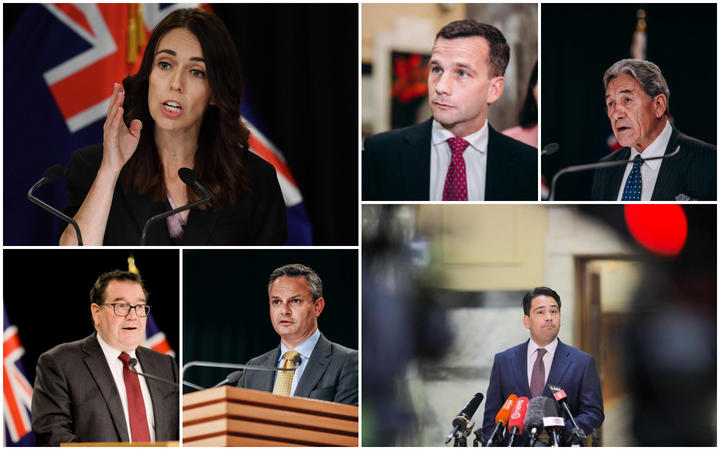 Before that happened, Parliament met for just over three hours. It passed bills that would normally take months to process. One of them was a Supply Bill, legislation which authorises the government to spend money.

They appear regularly and are hardly ever debated. This one was, because it allowed the government to spend $52 billion.

Finance Minister Grant Robertson said it was the price of saving lives and saving the economy. About $20 billion was already accounted for and the rest was for "further substantial action" should that become necessary.

"We are throwing everything we can at the economy to keep it afloat," he said.

National's Paul Goldsmith said the authorisation revealed the massive economic cost of fighting Covid-19. "It amounts to the biggest blank cheque in the history of the country and we give it to the minister of finance in the hope and aspiration that he won't spend all of it."

ACT leader David Seymour said he wanted to put it in perspective - $52 billion was as much as all the tax paid by every household and business for a year, it amounted to borrowing $10,000 for every man, woman and child.

The money will be borrowed. Governments all over the world are doing that and the figures are astonishing. In Washington Congress has approved US$2 trillion - two thousand billion dollars.

In our Parliament, while the amount staggered opposition politicians, there was no mention of opposing the authorisation.

"There is no National, no Labour, no ACT, Greens or New Zealand First. There are New Zealanders," said Leader of the Opposition Simon Bridges.

This unity will be tested in coming weeks. The government has put Parliament into recess until April 28 so MPs don't have to travel to Wellington.

During the lockdown, however long it lasts, a special select committee will hold the government to account over the way it is spending money and fighting Covid-19. Establishing it was Parliament's last item before the adjournment, and it gives the opposition unprecedented control.

Bridges will chair the committee and its 11 members will be split two-thirds opposition, one third government. It will be able to call witnesses and obtain documents, powers normally reserved for the Privileges Committee.

Leader of the House Chris Hipkins has given an assurance ministers will appear before it. The committee can also call senior officials and private sector leaders.

In terms of accountability it will act as a mini-Parliament. National's shadow Leader of the House, Gerry Brownlee, said it would be more effective than asking questions in the usual way.

National will use its new powers carefully. Brownlee said there would be discussions with ministers, not interrogations. The committee holds its first meeting on Tuesday. Members will attend remotely and it will be livestreamed.

During the parliamentary debates on Wednesday, Greens' co-leader James Shaw said that since Ardern became prime minister she had been tested like no other. He was right, it is nearly exactly a year since New Zealand's worst mass killing and she is striving to control the worst epidemic in modern history.

She said on Thursday the lockdown was, broadly speaking, going as well as she had expected. No one in Government is saying there would not be problems with the control measures and restrictions and after the first day they were starting to emerge.

The list of essential services was one, and it is likely to be tweaked in the coming weeks. The Warehouse briefly attempted to say it was staying open and was told it was not. There are problems in small towns where bakers and butchers have closed and there are no nearby supermarkets.

There are homeless people with no shelter and the government has announced a $27 million allocation to help them and others in extreme circumstances.

There are thousands of Kiwis stranded overseas with their chances of getting home diminishing by the day.

Foreign Minister Winston Peters urged them to stay where they are. Ms Ardern said using charter flights would be very difficult because they were scattered in small numbers in many countries. Domestic travel in most countries is compromised and gathering them up would be a challenge.

As the week ended it became clear that the economic impact of fighting Covid-19 will be huge and will last for years. Mr Robertson has acknowledged that many jobs will be lost. Some businesses, no one can predict how many, will go to the wall and will not reopen.

Unemployment will rise significantly, Robertson said it would be much worse than the 6.7 per cent caused by the Global Financial Crisis.

Robertson told a briefing he was often being asked whether New Zealand could afford the financial cost of fighting Covid-19 and supporting the economy. "Of course we can," he said, and he praised previous finance ministers for saving for a rainy day.

"That rainy day has arrived, and it's pouring."