Opposition leader Simon Bridges will chair a cross-party committee, that will scrutinise the Government's response to Covid-19. 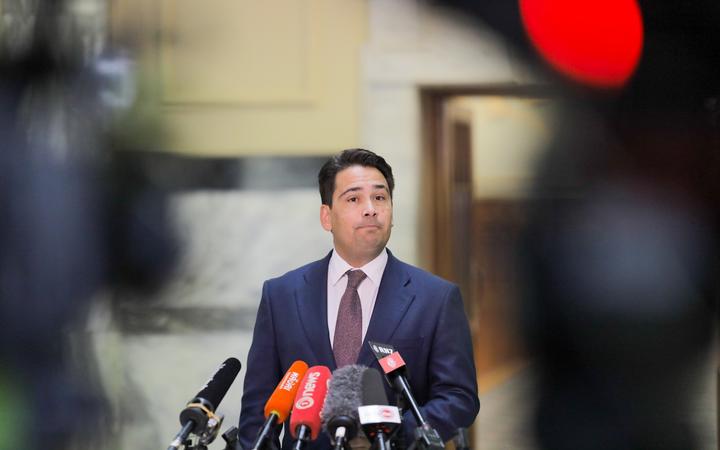 The decision has been made to suspend Parliament for almost five weeks, after urgent business is dealt with in Parliament tomorrow.

This will mean usual opportunities to hold the Government to account, such as Question Time will not continue until after the adjournment.

Parliament had technically been in recess this week, but tomorrow afternoon will be recalled to put the country into a State of Emergency and establish the lock-down.

Leader of the House Chris Hipkins said all of the Government's regular legislative programme was now on hold.

Hipkins said tomorrow the house will be focusing on receiving the epidemic notice from the Prime Minister and pass an Imprest Supply Bill, which will allow Government funding to continue to flow as normal.

The epidemic notice would enact the Epidemic Preparedness Act, allowing for actions to be taken to prevent the spread of COVID-19, without having to comply with the usual statuary requirements.

Like last week, Parliamentary business tomorrow will begin with a debate, this time focusing on the epidemic notice and other documents tabled by the Government.

However, it is unlikely many MPs will be present for tomorrow's sitting.

Today, the cross-party Business Select Committee decided to relax current rules around proxy voting requirements, meaning MPs who are not in Wellington will not be required to attend Parliament.

Meanwhile, more time will be given to ministers to answer questions and due dates for reports will be deferred.

The adjournment will last until April 28, meaning two sitting weeks will be missed.

To enable the politicians to still hold the Government to account, speaker of the House, Trevor Mallard said the cross-party Business Select Committee has put forward a motion to set-up a special Select Committee, which will run for at least the next four-to-five weeks.

He said the committee will meet remotely, be chaired by Opposition leader Simon Bridges with the majority of the sitting MPs being from opposition parties.

The committee will have powers that usually reside with privileges committee, such as the ability to send for people and papers.

"What we think we have got here is a balance of accountability because of a very powerful committee, chaired by the Leader of the Opposition, who can make arrangements to effectively interrogate ministers or public servants on their actions around the pandemic," he said.

Bridges said it would be a valuable chance for constructive scrutiny of the government, that will make the nation's response to Covid-19 better and stronger.

"We are dealing with things in the next month or two that will affect a generation, both in terms of lives, but also many, many billions of dollars," he said.

Bridges said the committee would be sitting two or three times a week, from next week, to ask the questions New Zealanders want answered.

He said overall, he supported the direction the government has taken, but there are things that can be improved.

However, ACT leader David Seymour called the decision to adjourn Parliament as 'misguided'.

Seymour said although the Business Committee today came to a compromise that will allow the Opposition to continue to hold the Government to account, it was worrying that the government wishes to shut down Parliament.

"We accept that the government has a difficult task ahead, all New Zealanders stand ready to support it, but this is no reason to partially suspend democracy," he said.

Seymour said the Prime Minister invoking the Epidemic Preparedness Act will also mean the government can almost change any law with the stroke of a pen.

"New Zealanders have just faced the greatest peacetime loss of civil liberties in our history, and it is possible we may not have an election this year.

"ACT believes there should be a Question Time and local electorate offices should remain open," he said.

Meanwhile, the National Party is continuing its call to freeze the minimum wage increase.

Bridges said he was not criticizing the government, but said there are also still some technical problems with wage subsidies that need to be addressed, to make sure employers are taking it up and keeping workers in jobs.

He said other businesses have told him their employees earn much higher than the $585 subsidy so they can't keep going.