A group of students want the public to boycott an exhibition by a controversial artist - labelling him a racist whose work appropriates Māori culture. 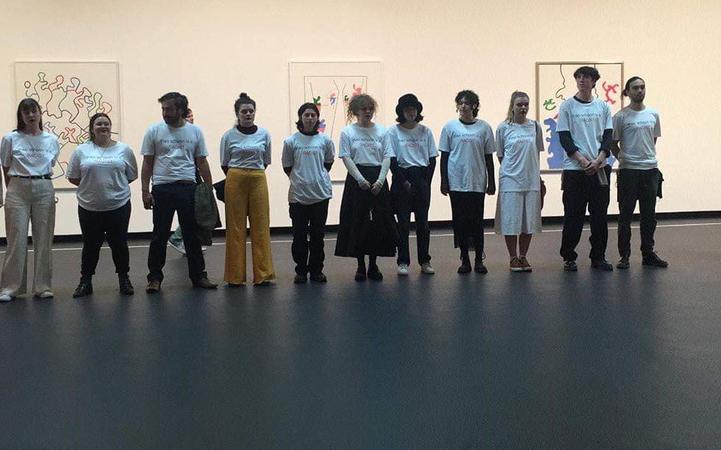 Theo Schoon was an influential but deeply controversial figure over a four-decade career until his death 1985.

Dr Damian Skinner, who has written a book about Schoon, describes the artist as a "misogynist" and a "misanthrope".

Famously someone who ignored boundaries, Schoon was a painter and photographer, and worked in prints, ceramics, jade carvings, and decorated gourds.

Dr Skinner has written that his art and has "infiltrated our cultural and visual consciousness, shaping the look of contemporary New Zealand".

He has curated the exhibition described by Wellington City Gallery - which is hosting the show - as the first comprehensive display of Schoon's work in decades.

The gallery itself calls Schoon's interaction with Māori art as "complex and problematic".

On Thursday evening, more than a dozen protesters wearing t-shirts saying 'Theo Schoon is a racist' stood in front of the paintings and carvings, and answered questions from the public about their views on the artist.

One of the protesters, Anna McAllister, said Schoon's work appropriated Māori motifs and patterns, and that the gallery had failed to convey just how controversial he was. 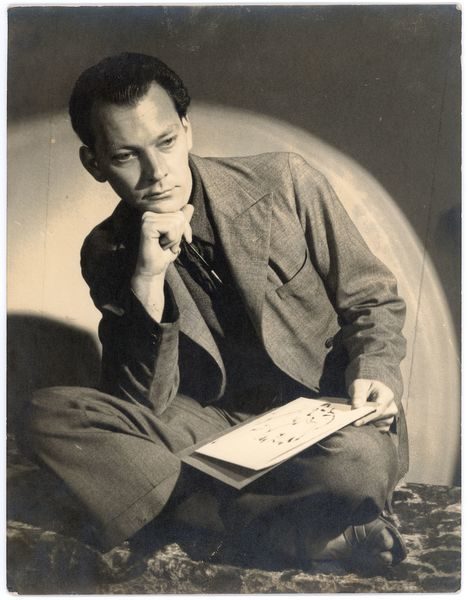 She said Schoon often referred to Māori as degenerates and she urged people to stay away from the exhibition.

"We feel like the curation of the show has meant that the wall text, where the general public's meant to get the majority of their information ... is sort of dotting around the fact that he was a horrific racist.

"And we just wanted to make that crystal clear."

Ms McAllister said the gallery needed to hire a Māori cultural advisor - which might stop "problematic" exhibitions like this from happening.

Event attendee Chris said it was a little unfair to single out Schoon, and artists like Paul Gauguin were influenced by and incorporated elements of other cultures as well.

"[Schoon] clearly has a respect for the art coming from the [Māori] culture and I haven't seen him abusing it yet, I've just seen him expressing what he thinks and how he reacts."

But another attendee, Johnny O'Hagan Brebner, said the curators should have had a much more critical approach to race in Schoon's work.

"It sort of reads like the curators wanted an opportunity to gush over the artist, and felt just obliged to tack on an acknowledgement of the racism at the end [the accompanying texts].

"Which is almost literally done in the last paragraph of the explanation."

The gallery was not able to provide comment last night and Dr Skinner did not return RNZ's calls.

The gallery said on its website that Schoon's work is constantly in dialogue or dispute with other cultural forms and artists.

A weekend of talks are being held on the 16th and 17th of August that will examine Schoon's work from a range of perspectives.

The exhibition - Split Level View Finder: Theo Schoon and New Zealand Art - is on until November.