US President Donald Trump vaulted higher on the Forbes' rich list as dozens of his fellow tycoons suffered financial setbacks. 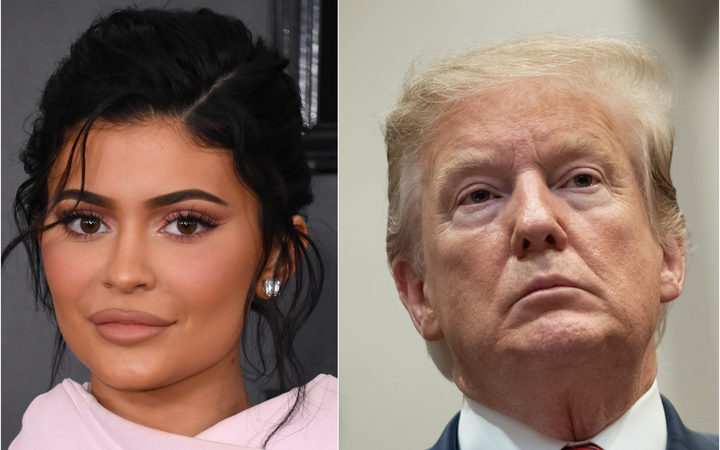 US President Donald Trump moved up the Forbe's rich list, while Kylie Jenner made her debut. Photo: Photos/AFP

Still, his real estate holdings held their value better than assets that make up the portfolios of a lot of other billionaires, boosting him 51 spots to 715th among the world's 2153 billionaires, said Luisa Kroll, Forbes Magazine assistant managing editor.

"He moves up because so many billionaires dropped in the ranks," Ms Kroll told Reuters. "He kind of stayed flat but was able to increase his position."

Making the biggest splash on this year's list was Kylie Jenner, 21, who became youngest self-made billionaire of all time thanks to the success of the cosmetics company she founded three years ago.

The half-sister of reality television stars Kim, Khloe and Kourtney Kardashian, Jenner made her debut on the list this year after spinning $250,000 she earned from modelling into a fortune.

"She definitely was able to leverage her family's fame," Ms Kroll said.

"She started making makeup and sold it through her Instagram account and online. And sales took off."

Jeff Bezos, founder and chief executive officer of Amazon.com, held his No 1 spot on the list, with a net worth of $131 billion.

But it may be his last time on top, now that he and his wife MacKenzie Bezos are divorcing.

She was an early accountant at Amazon and may be entitled by Washington state law to half his stake in the company, Ms Kroll said.

"If that happens he would not be Number One and she would be the world's richest woman," Kroll said.

The 2019 list shrank in both the number of billionaires and value.

At the same time, the very rich face a growing anger from the general public, Ms Kroll said.

"We are in a bad moment for the very rich," Ms Kroll said.

"You see a vehemence against these people because of the wealth inequity that we see in the world.

"Nobody's immune from market forces and markets being shaken up, and that's impacting even the ultra-rich."