Former Keeping up with the Kardashians star Kylie Jenner is worth $US900m ($NZ1,333m) at just 20 years of age, says Forbes magazine. 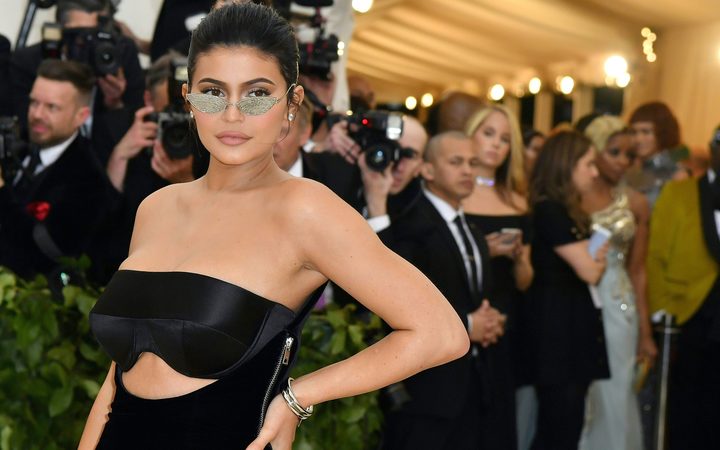 The business magazine said the social media star is on track to become "the youngest-ever self-made billionaire".

The fashion guru, the youngest of the Kardashian clan, launched a cosmetics firm two years ago.

By comparison her half-sister, Kim Kardashian West, 37, has to scrape by on a measly net worth of $US350m.

Jenner, who is currently not old enough even to legally drink alcohol in the US, will turn 21 in August before her Forbes cover edition hits newsstands.

"What her half-sister Kim Kardashian West did for booty, Jenner has done for full lips," Forbes writes, describing her famous pouty lips.

Earlier this week Jenner, a mother of one daughter named Stormi, announced she would stop receiving lip injections, known as dermal fillers.

Jenner admitted during an episode of Keeping Up With The Kardashians in 2015 that her natural lips had been "an insecurity" that she wanted to change with temporary lip fillers.

She later went on to launch her brand Kylie Cosmetics, which included a line of lip products designed to help customers make their lips look bigger through over-lining and filling.

Jenner's company, which she wholly owns, is worth $US800m, according to Forbes.

She is on track to become a billionaire earlier than Mark Zuckerberg, the founder of Facebook, who achieved that status at age 23.

Evan Spiegel, the owner of Snapchat, also became a billionaire in his early 20s, but it is unclear exactly when he met that goal.

Dictionary.com tweeted about the Forbes piece: "Self-made means having succeeded in life unaided."

Jenner first rose to fame at the age of 10 when she appeared with her family on their eponymous reality show.

On social media, several users scoffed at Forbes' use of the term "self-made", pointing out that Jenner's parents were already wealthy and famous.