A new documentary on the lives of New Zealand's Chinese goldminers and immigrants is opening just in time for Chinese New Year celebrations. 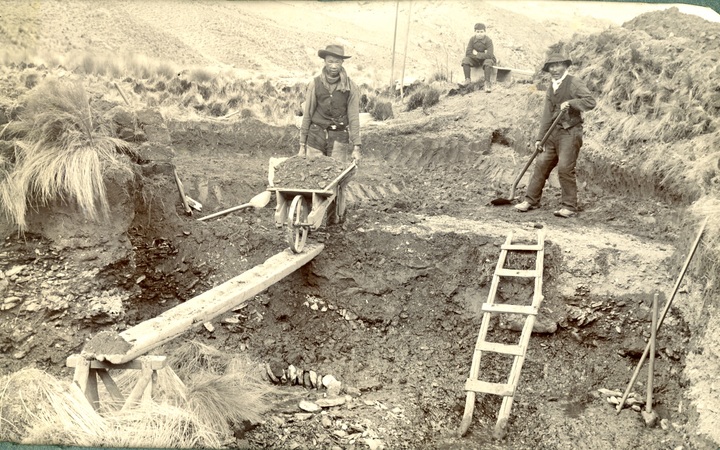 The project, by Toitū Otago Settlers Museum, has shed new light on the lives of Central Otago's Cantonese goldminers, as well as the subsequent generations of Chinese who fled to New Zealand to escape World War II.

The Dunedin producers travelled to remote locations in Central Otago and to China to retrace the steps of the men who were driven to New Zealand by desperation.

The Journey To Lan Yuan is based on the works of New Zealand historian Jim Ng, whose family took refuge here after the Japanese army moved in on China in the 1930s.

He said the early goldminers, who were invited to New Zealand in the 1860s, were viewed with suspicion and envy by Europeans as they thoroughly reworked the goldfields that had been abandoned by European goldrushers.

"The maximum number of Chinese in New Zealand in the nineteenth century reached only 5000, but nonetheless they were like an irritating spot to people."

He said the goldminers weren't settlers, but "formidable" sojourners, who came to New Zealand to raise capital and take it home to China, where individuals needed money if they wanted to buy land.

The miners worked towards saving 100 pounds within five years and returning to China.

Because of this, Mr Ng said they didn't bond well with New Zealanders, which was their weak point.

"They remained as aliens, they had no political clout because aliens had no vote," he said.

"Much of the prejudice against the Chinese was their own fault in that, they didn't want to settle here and so they paid the price and were vulnerable.

"Nonetheless, during that time of prejudice, you had the Chinese contributing to the country as well." 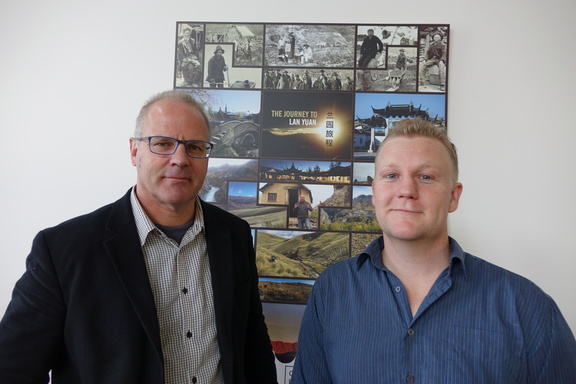 Toitū's curator, Sean Brosnahan, who presented the documentary, said when the miners arrived in New Zealand, they didn't think of themselves as Chinese, but instead identified with family, clan or village groups.

This meant they had no unified voice within the New Zealand political system, but developed networks through their social groups that sustained them in their travels, he said.

It was eye-opening to visit the remote high country spots where the men worked through harsh Central Otago winters, he said.

"The thing that really strikes you is both the rugged beauty of those places, and then the isolation and you think about how difficult it was for us with all the modern means of transport.

"We used four-wheel-drives, we used boats, we used helicopters to get to some of these places - well they didn't have any of those options, they walked.

"They might have had a wagon to bring their gear, but they had to go over some pretty tough country."

"To go back to the hot, semi-tropical places in the villages where they came from and see how the money that they were earning in New Zealand was being fed back to those and making a real difference for the people back there - you can still see it."

Mr Brosnahan said there they met local residents who talked animatedly through interpreters about the historical ties to New Zealand.

The documentary's producer and Toitū exhibition developer William McKee said what struck him was how local people responded to the filmmakers, both in China and Central Otago.

"Gee, they just welcomed us with open arms," He said.

Otago farmers would pull up in utes, invite the film crew onto their farms and offer them cups of tea, he said.

"People [had] a real hunger for knowledge about these 'exotic' people."

The documentary doesn't end with the goldminers, it also chronicles the plight of the 20th century Chinese immigrants, who settled here and made New Zealand home.

Former Dunedin mayor Peter Chin, who was also involved in the project, said many new Chinese immigrants were unaware of their country's role in New Zealand's history, and the documentary was a useful tool for the Chinese community.

He said New Zealanders' understanding of different ethnicities was increasing.

"It wasn't that long ago that I would make a comment 'we Kiwis need to be together' and people would laugh because the image of a Kiwi was not someone with black hair and different racial features, it was very much a white person or Māori person.

"A New Zealander today is a person who may be from a wide variety of ethnicities...so the whole colour and shape of New Zealanders is different."

The Journey to Lan Yuan opens today at Toitū, and moves are under way to make it more widely available.