Labour MP for Hauraki Waikato Nanaia Mahuta will return to Parliament tomorrow wearing a moko kauae - a traditional tattoo on her chin.

She will be the first woman MP to wear the moko in Parliament, which has been on recess. 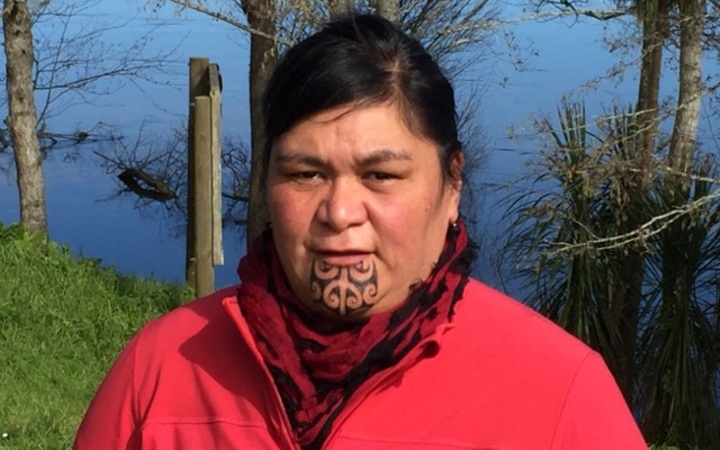 Nanaia Mahuta will be the first woman to wear the moko in Parliament. Photo: Supplied

Ms Mahuta is the neice of the late Māori queen, Te Arikinui Te Atairangi Kaahu, and a close relation to the current Māori monarch, Kingi Tuheitia.

Over the weekend, she took part in a traditional moko ceremony that paid tribute to both the former Māori queen and the current king, held at his marae, Waahi Pā. Fourteen women had lines of lineage etched into their chins by four well-respected tohunga (Tā Moko experts).

Ms Mahuta said she hadn't given much thought to breaking new ground with the tattoo, but hoped she would inspire others.

"You know what, to be able to do this, I haven't really thought about that - I've just thought about more a longer projection of my walk in life and kind of the way I want to go forward and make a contribution. That's the main thing for me."

Two sets of sisters were among the group that received the tattoos, with Ms Mahuta's sister, Tipa, joining her. 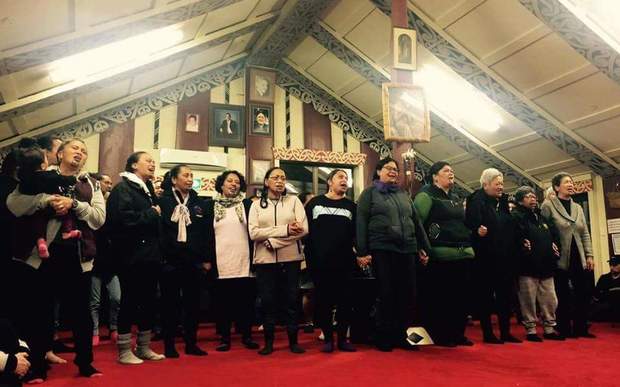 Nanaia Mahuta, fourth right, and her sister to her left, along with the 10 others who received the moko kauae on the weekend. Photo: Supplied

The Labour MP said, while having the moko etched into her chin, she thought of those who'd worn them before her.

"My tupuna - the one that comes to mind was Piupiu, my great-grandmother. She was a strong woman in her own right, a contemporary of Te Puea. So on my Maniapoto side I draw a lot of strength of character from there, and my Ngāpuhi side, so she came to mind immediately.

The design, which is unique to her, also replicates patterns from the wharenui at the marae where the ceremony took place, Tane-i-te-pupuke.

And it was someone very close to Ms Mahuta who inspired her to take part.

Other Māori women MPs paid tribute to Ms Mahuta, saying they were excited the tradition of Tā Moko would be seen inside Parliament.

Education Minister Hekia Parata, who sits across from the Labour Party's benches, said the news was great.

Greens MP Marama Davidson told RNZ, "I think this is fantastic and it's an international moment".

She said Ms Mahuta might well be the only member of parliament worldwide to wear an indigenous marking on her face.

"I couldn't think of a better wahine to be the first role model for us, it's absolutely fantastic," Ms Davidson said.

"What I'm really excited about is the statement that is makes - that we have the right to wear our moko everywhere and anywhere that we are and, as I said, I'm so jealous.

Ms Mahuta, who has been an MP for nearly two decades, said wearing the moko kauae or kauae tehe was a commitment to contributing to whānau, community and iwi.

Did this mean she was turning her attention to her iwi rather than politics?

"Yeah, that comes up everytime around election time," she laughed.

"I'm sure I'll consider it as I do every time around election time but I can say this - I am at a stage in life where you also think 'right, what more can I do'."

Tomorrow, Ms Mahuta will be back at Parliament after a month's recess. At the end of the week, she'll attend Kingi Tuheitia's 10th commemoration, which kicks off on Friday.