A report into whether David Bain should be paid compensation is still being considered by the parties involved, Prime Minister John Key says.

Mr Bain is seeking compensation for the nearly 13 years he spent in prison for the murders of his family, before a retrial in 2009 found him not guilty.

In February Justice Minister Amy Adams confirmed she had received a report on the compensation claim, but would not comment on what was in it.

It was now being considered by Mr Bain's lawyers and Crown Law.

"They've had the most recent report and that report is now being considered by the parties and they're going through the natural justice process in discussing that," Mr Key said. 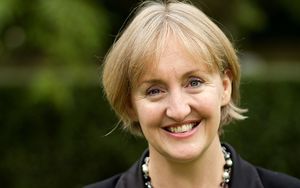 The matter rests in Ms Adams' hands, he said.

Ms Adams will bring a recommendation to Cabinet, which will then decide whether or not compensation should be paid.

It is the second report by an international judge considering Mr Bain's appeal for compensation.

However, then-Justice Minister Judith Collins then sought a peer review of that report, carried out by Robert Fisher QC, which criticised the findings as legally flawed.