Justice Minister Amy Adams has confirmed she has received a report on David Bain's compensation claim, but is not commenting on what is in it.

Mr Bain is seeking compensation for the nearly 13 years he spent in prison for the murders of his family, before a retrial in 2009 found him not guilty.

In a statement, Ms Adams said she would not consider the judge's report until people close to the case had had the opportunity to provide feedback.

She would not comment on the status of the compensation claim until Cabinet had made its decision.

David Bain's main supporter, Joe Karam is playing down speculation of a setback to his compensation claim.

Mr Karam - who has long believed David Bain's innocence - said the process of deciding whether Mr Bain should get compensation for the years he spent in prison was still ongoing.

He said he had agreed not to comment until a final decision was made. 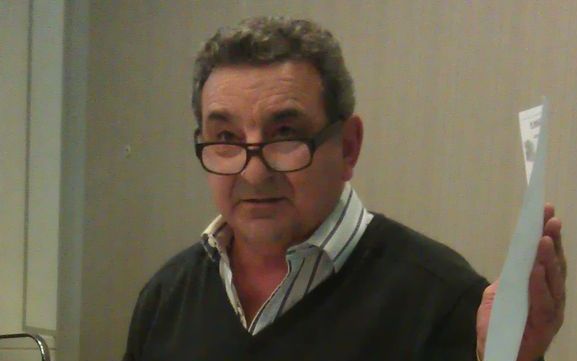 Joe Karam has been a longtime supporter of David Bain's bid to clear his name Photo: RNZ

But a legal expert said the finding did not bode well for Mr Bain's compensation bid.

In a report released in late 2012, a former Canadian Supreme Court judge, Ian Binnie, concluded that Mr Bain was innocent and suggested he should receive compensation.

However, Justice Minister Judith Collins then sought a review of that report, which criticised the findings as legally flawed.