A survey of MPs by RNZ News shows their votes are almost evenly split. 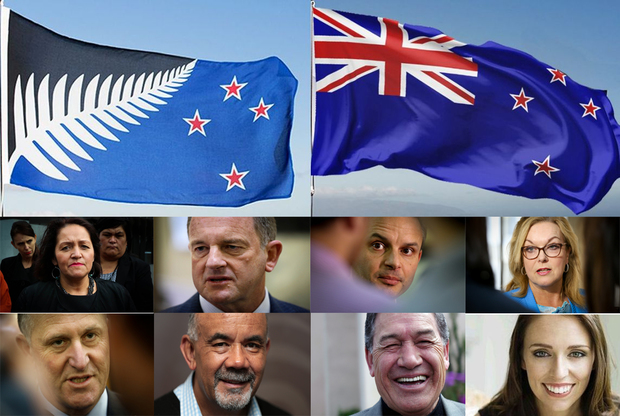 We surveyed 117 from the total of 121 MPs, and found 54 voting for the current flag and 57 the alternative.

Despite claims that the referendum is not political, party lines have been drawn in Parliament.

The entirety of NZ First voted to retain the current flag, and the vast majority of the National Party followed their leader in supporting the alternative blue and black Kyle Lockwood design.

The two Maori party MPs, Te Ururoa Flavell and Marama Fox, also voted to change the flag, but said their preference would be for a dual flag policy, where the 'national' flag sat alongside the tino rangatiratanga flag.

The Green Party votes were split: Kennedy Graham and Kevin Hague voted to change the flag; Catherine Delahunty said she would not be voting at all; and Marama Davidson and Denise Roche did not wish to disclose their choice.

The other nine Green MPs, including leader James Shaw, voted in favour of the current flag.

National Party MPs Matt Doocey and Shane Reti said they would not be disclosing their vote while, in the Labour Party, just Chris Hipkins said he would not be commenting.

Red Peak came third in the first referendum. Of those seven, six voted to retain the current flag in the second referendum, with Kevin Hague voting for change.

In September, former Labour leader Phil Goff expressed a preference for the red and blue Lockwood flag but voted for the currrent flag in the final referendum.

National Party MP Brett Hudson, who also voted for the current flag, had previously preferred one of the Lockwood flags.

A number of MPs supporting the current flag told RNZ that they would have voted to change the flag had the process or options been different.

National MP Sarah Dowie said that she had voted for the Lockwood flag, not because she particularly liked the design, but because her five-year-old daughter Christabel wanted change.